If you’re looking for unwavering, classic luxury, Belmond has a flawless portfolio of hotels: Belmond Copacabana Palace in Rio, Belmond La Residencia in Mallorca, Belmond Mount Nelson in Cape Town and Belmond Royal Scotsman in Edinburgh. These few hotels alone embody encyclopedic histories, and with that, their own distinct characters and soul. If you want to capture a slice of the glamour of travel, you have arrived.

Belmond Villa Sant’Andrea in Taormina, Sicily was built by an aristocratic family in 1830. It is set among lush, subtropical gardens, blooming Bougainvillea and terraces of perfect geraniums – and still retains the charm and discretion of a grand private residence. The hotel has a raked private beach on the Bay of Mazzarò where you’ll most likely install yourself until the sun moves round behind the hill. Try as you might to lift a finger, the hotel’s beach bosses won’t let you.

When you can drag yourself away from Oliviero, the hotel’s fine and exquisite restaurant overlooking the cove, you can totter 100 yards to the cable car that will whip you up a dramatically steep incline. Taormina is topographical marvel, not best appreciated in a car when you’ve overshot the junction! Leave the driving to the professionals and use the mini bus that will nip you about without another thought or cent.

A consistent fizzle in staying somewhere so elegant is to see a few guests resist the ritz at aperitivo hour and dinner. The right to wear flip-flops et al 24/7 is probably written into a holiday constitution somewhere and we’ll have to accept it as the relentless popularity of Normcore or a sign of the times. Draw inspiration from Carmelo, the hotel’s rakish great entertainer of ten years who never fails to dress to kill: every day a different look, a different colour. He’s sure to capture your attention before he even begins on a rendition of Nikita. 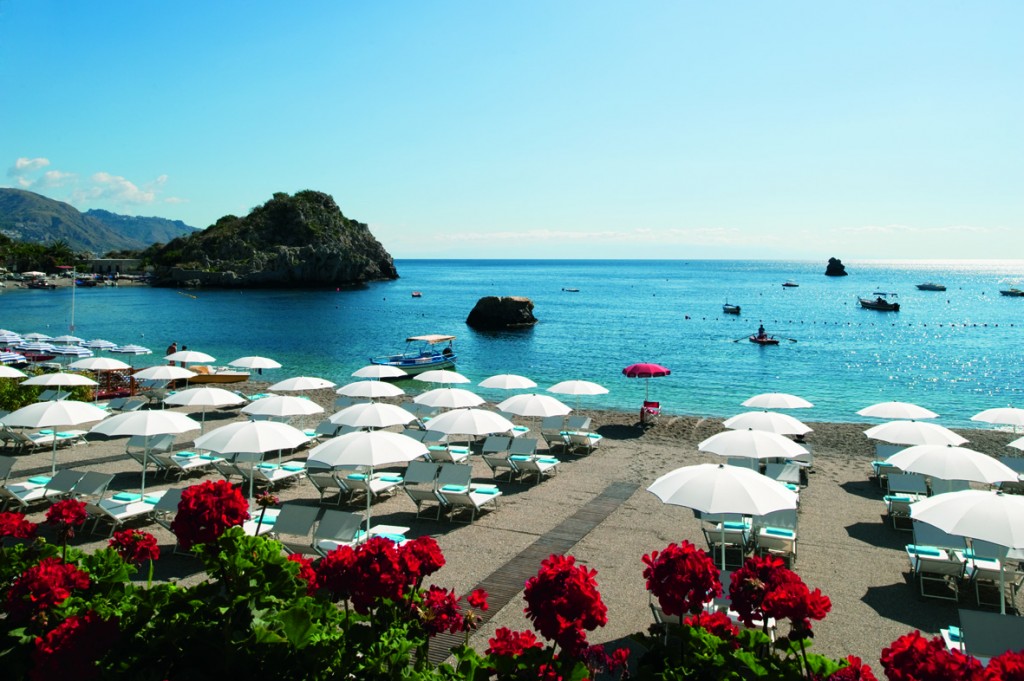 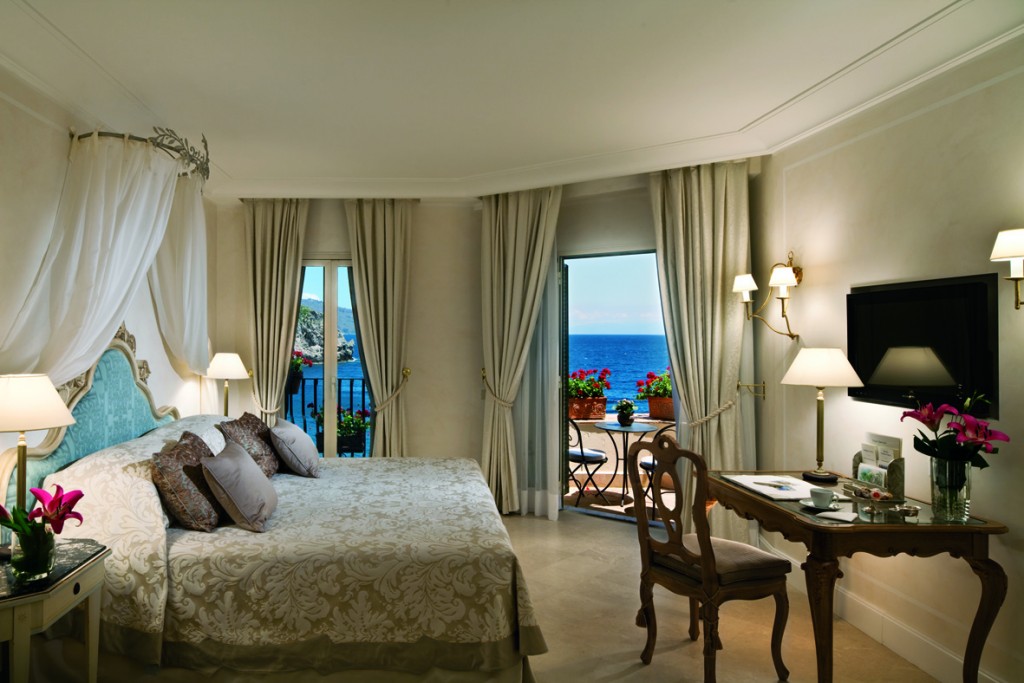 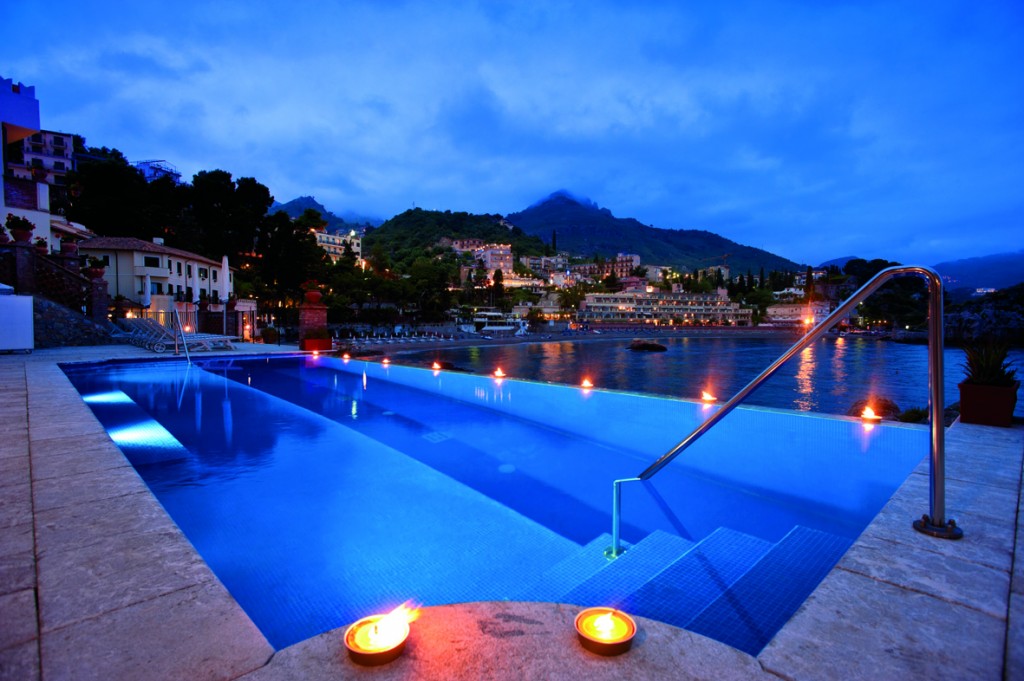 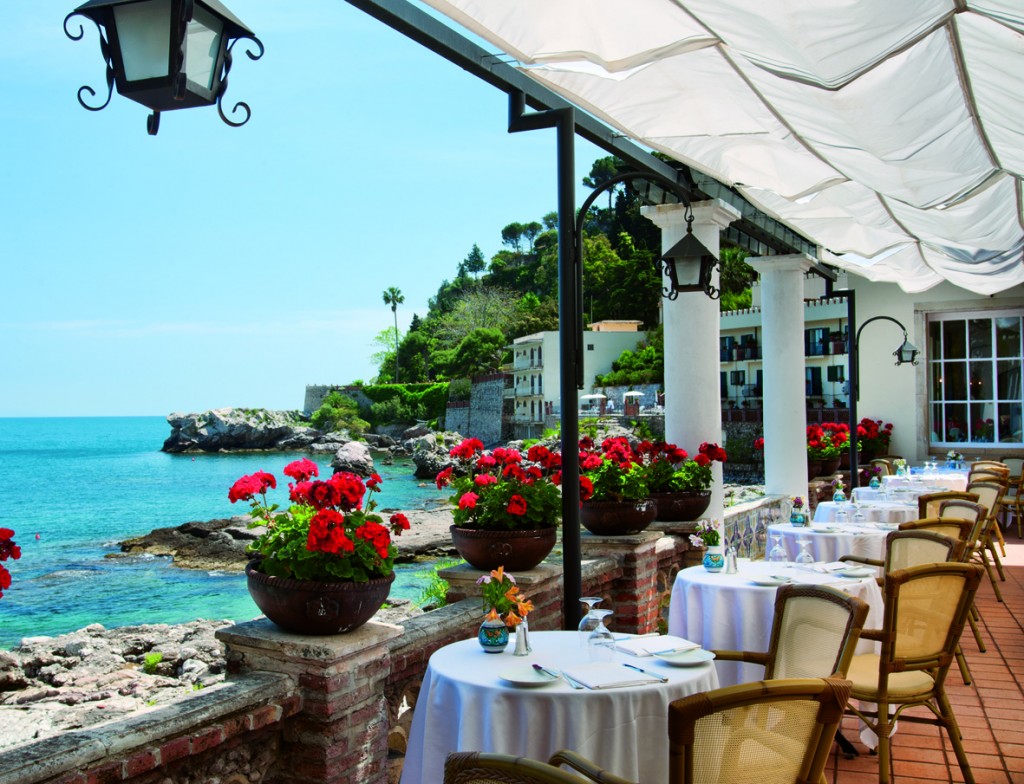 Belmond Villa Sant’Andrea has a sister hotel, the Belmond Grand Timeo located high up in the rocky town. The first hotel to be built in Taormina, this new kid on the block was boldly located right next to the 7th Century BC Teatro antico di Taormina, framing Etna in the distance.

Despite being in the centre of Taormina town, the terraced grounds appear endless. The buoyant, affable staff make the formal and sometimes aloof service style of other luxury hotels seem positively dated – and they work the terrace with aplomb, fulfilling a difficult drink brief without any scrapes. And this terrace is right where you want to be at 7pm, soaking up the profoundly complex and stunning view. 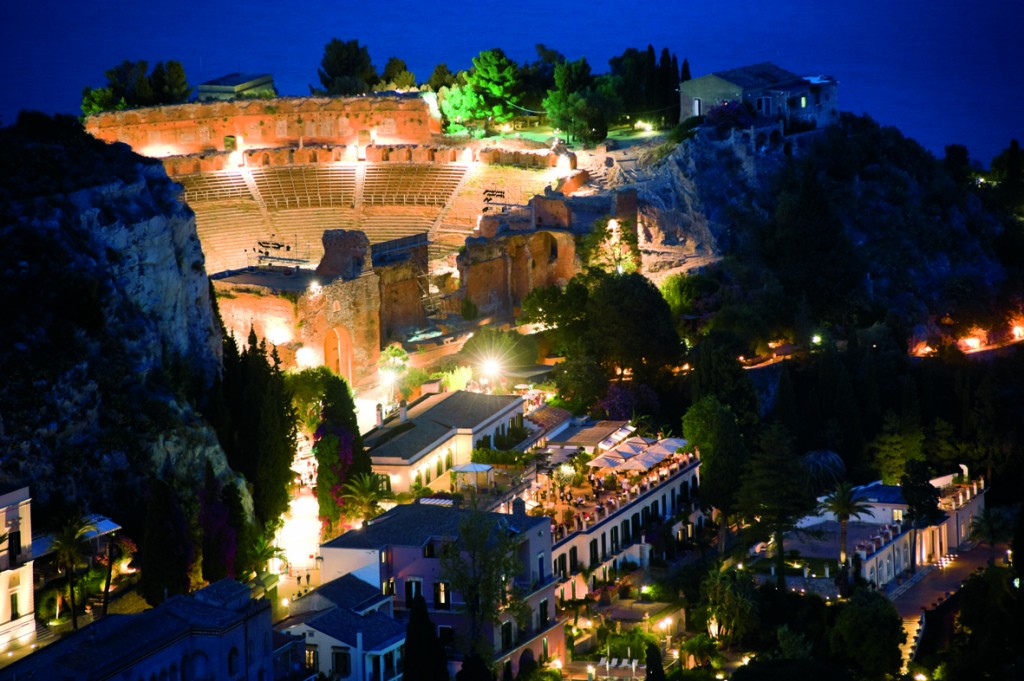 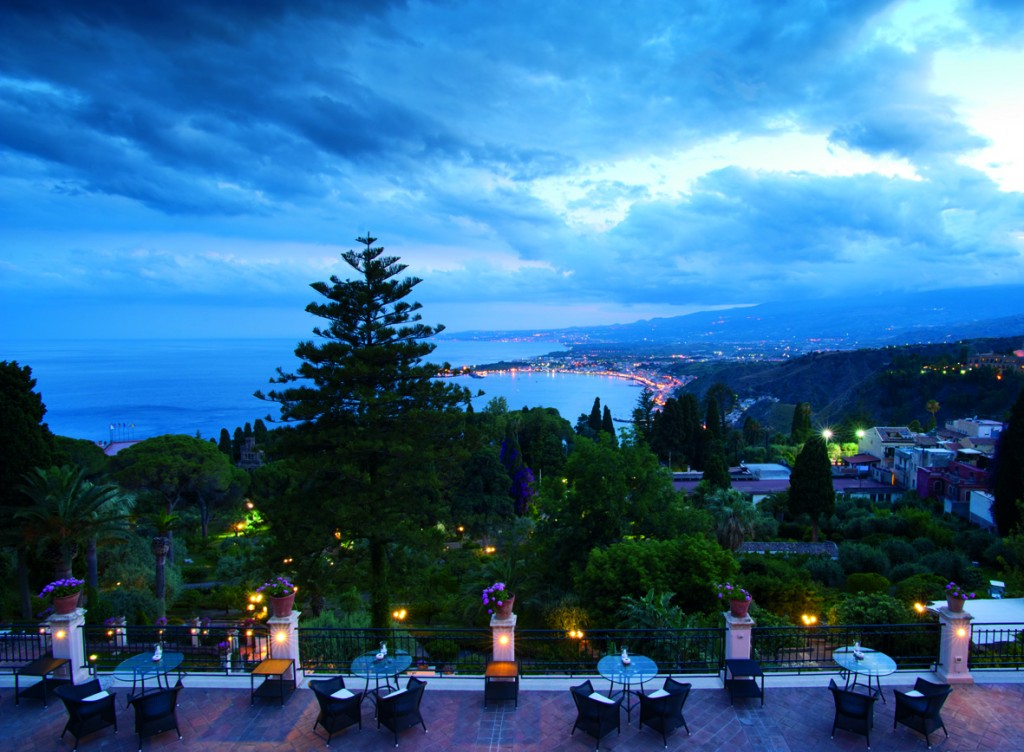 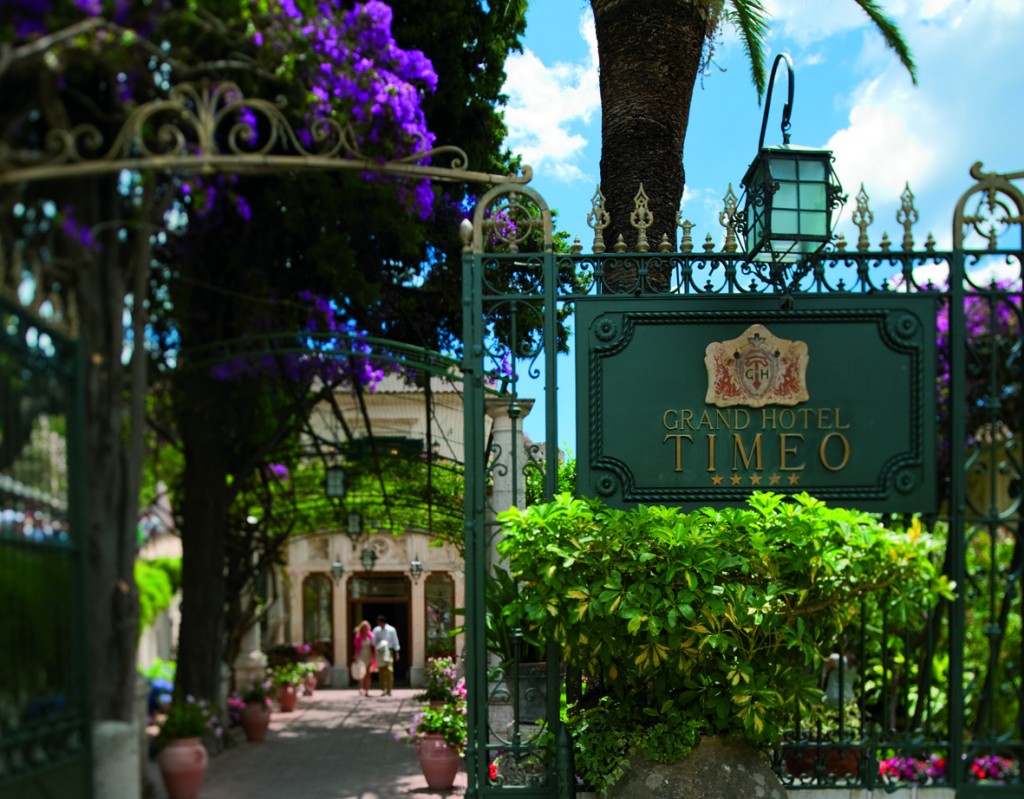 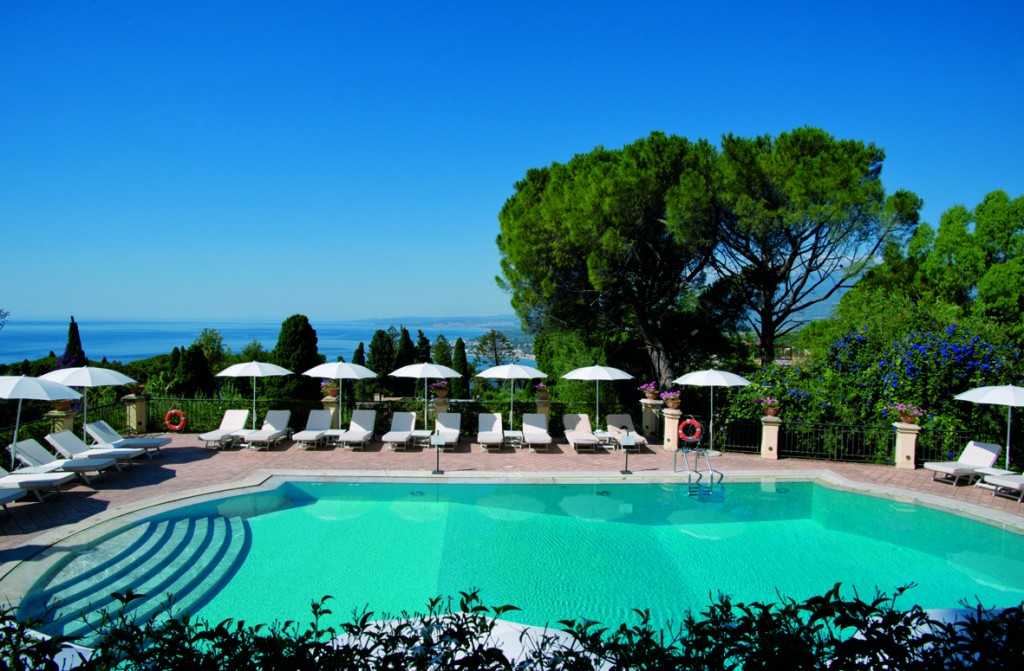 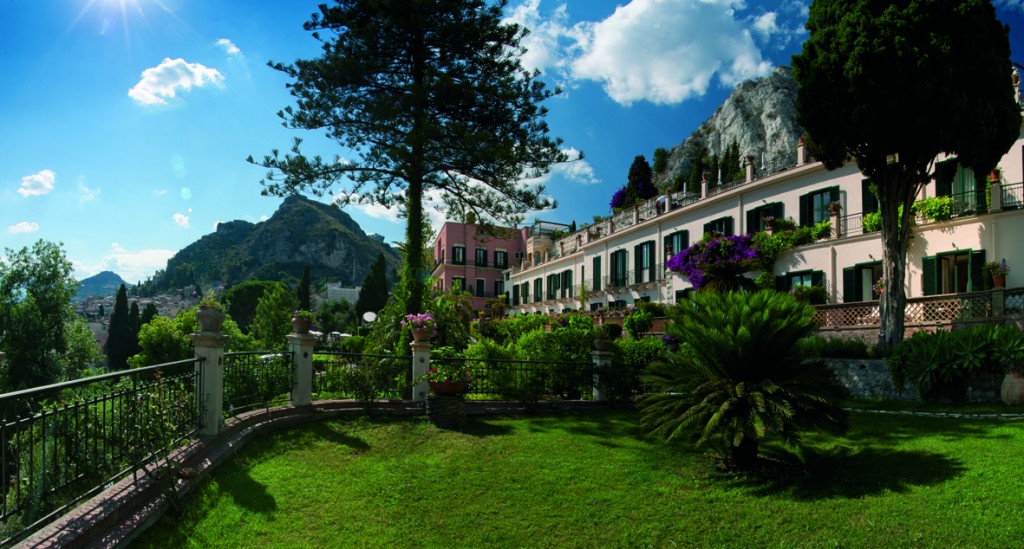