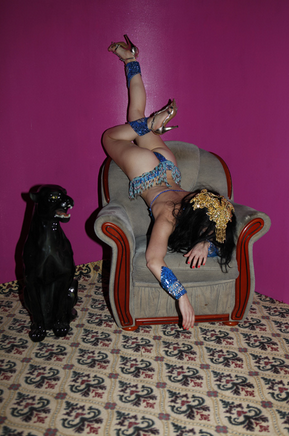 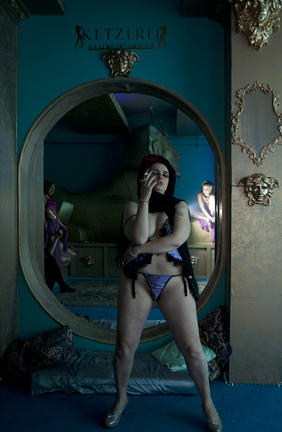 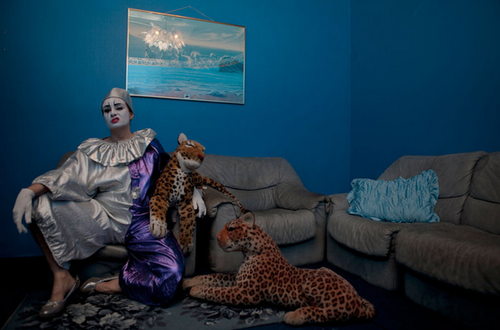 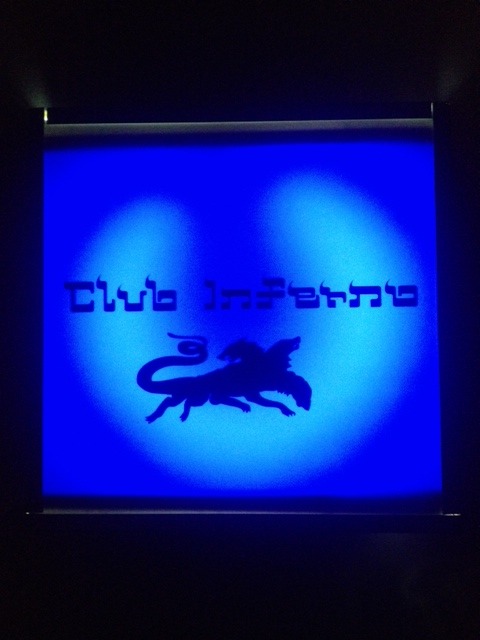 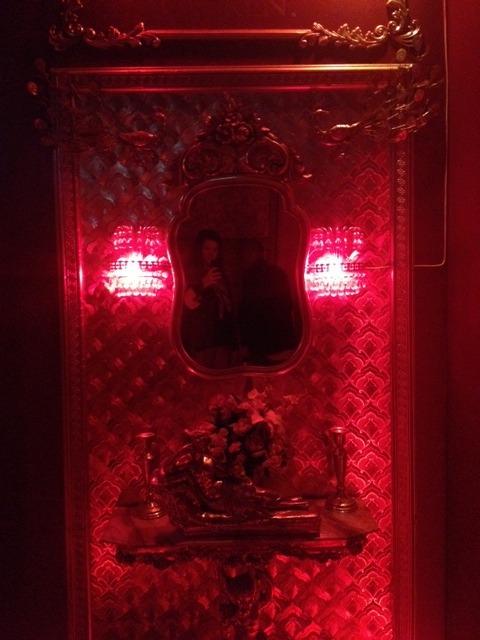 Way out in the West Berlin’s Wedding, dwelling in the fourth courtyard in, three floors up in a warehouse bubbles away Club Inferno. An endless stream of rooms populated with debauched, immersive scenes from the seven sins.

After stripping yourself of your worldly goods at the cloakroom, will you spend your time with the affectionately named Fat Pig from Köln who will invite you in (or not) for a nutritious banquet of rubbery sweets dipped in a spewing white chocolate fountain, or even more rubbery sausages dipped in the same sickening sauce. Fat Pig was in fact charm personified, endlessly repeating his mantra how he is the kindest person in hell, and how nightmares lurk in every corner. Also the most abused creature in the entire experience as the other characters poured to deliver an endless torrent of defamation and lobbing whatever food they could lay their hands on straight in his direction. Was this where Gormenghast meets La Grande Bouffe meets Salo? Time would tell.

The darkest characters of all, swabbed straight from German Expressionism were decked out in spangly costumes and Tipp-Ex-white faces. They all went to great lengths to corrupt all the big names – Medusa, Merlin, Agamemnon throughout the scenes of Lust…Gluttony… Oh yeah, these are the guys you want walk on the wild side with.

But where was a girl with nein Deutsche going to hang out for the evening, once she was done with Fat Pig? In the witchy coven? IN the bar in a bar? No in the Lagos-meets-Bagdad room with the naked, gilded-cock male pole dancers – wall to wall leopard skin, oversize gold lions, oh yes they rocked those props all right. It was all but a few steps from the furniture stores you see lining Stoke Newington High Street. And in came the clowny types to order audience and performers about ‘Just fuck them, that’s all they’re there for, they’re good at it’ – in that wonderfully guttural German accent. So I won Naked Gilded Man for 1€ and had five minutes of playing Director myself for a private dance and sing along. Well, it would’ve been if Agamemnon hadn’t crashed in and ruined it.

Way way up there with You Me Bum Bum Train. It’s certainly not for everyone, the overly convincing wailing and tireless confrontation has a distinct edge that would put many people’s teeth on edge. The ratio of performer to audience is around 1:1, so there’s no hiding. Inferno has supremely high production, no rules (probably no cameras) and a bunch of very committed, dead pan performers who would quite possibly have done anything that was asked of them. So this is really the last place I should go…it’s only a shame it’s not real….but it might be, somewhere out there.

Club Inferno. Ends 21st, probably sold out but always worth mugging someone on their way in for a ticket.