I held off going to the Edinburgh Festival for so many years before I finally succumbed. I pictured awful static-statues on the Royal Mile, a plethora of Helly Hansen in the pubs and just cringe worthy humour. And then I went…I’m never too big to say I was wrong: I was born to go!

Given that most performances are around 45 mins long you really can’t go wrong. Every tiny nook and cranny is put to use so you’ll find yourself cooped up in attics, gimp rooms and crawling through tunnels to seek out some show or other. And then you just burn that candle and go partying all night long. We went to a club one night on some old wrinkly street and managed to clamber our way right to the end of the street through secret doors and cellars and roofs without hitting the pavement. It’s a bonkers, synched up city like no other.

The festival does take a bit of swotting up, and we ended up in some properly twisted shows – certainly not pre-watershed stuff. I think the highlight of the weekend was a live ‘performance’ of cockpit experiences drawn from pre-disaster black-box recordings. Hmm I haven’t really been forgiven for that. I can’t go there with the reviews here – there are thousands of events over the next fortnight. But I can do the peripheral fun n games because that list is just…..to hand right here. I will throw up a few more hidey holes tomorrow. And I’m going to get a wee bit darker and posher – och aye. 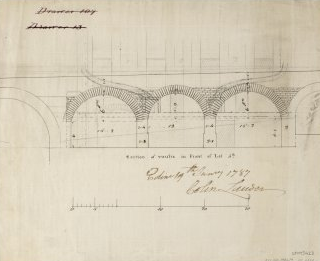 To go to the heart of deepest, darkest Edinburgh visit these 1700s chambers formed in the nineteen arches of the South Bridge. Housing taverns, tradesmen reputedly the cadavers of those dispatched by serial killers Burke and Hare for medical experiments. As the conditions in the vaults deteriorated, the businesses left and the very poorest of Edinburgh’s citizens moved in, though by around 1820, even they are believed to have left too. Although it feels truly subterranean, there are glimpses of light as the undulating compounded layers of the cityscape shift. That people had lived there was only discovered in 1985 during an excavation. A true urban lost world. 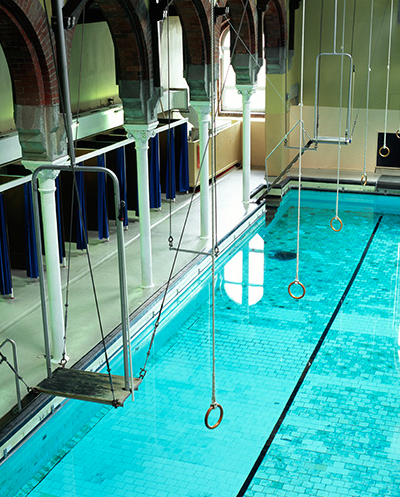 Drumsheugh Baths Club is the oldest private swimming club in the city. The original Victorian Moorish design has remained unaltered with its poolside changing rooms, rings and trapezes still in use over the water. Although it is a ‘members’ pool’ (whatever next?), the insider tip is that they’re open for new members so call in advance and arrange a try-out test dip. 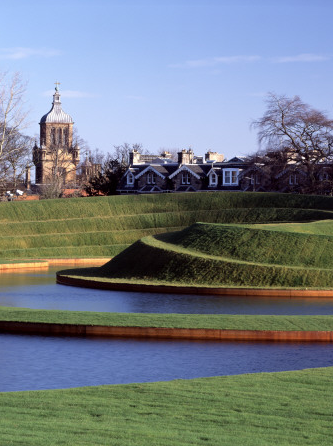 When you’ve had enough performing arts and need some more of the visual variety select from the National, National Gallery of Modern Art, Modern Art 2, set in an old orphanage with huge grounds, The Corn Exchange and the central and brilliant Fruitmarket Gallery. 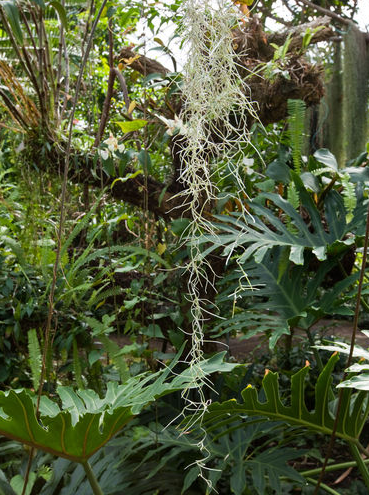 On a rare sunny Scottish day you couldn’t do better than amble round the vast Botanical Gardens. 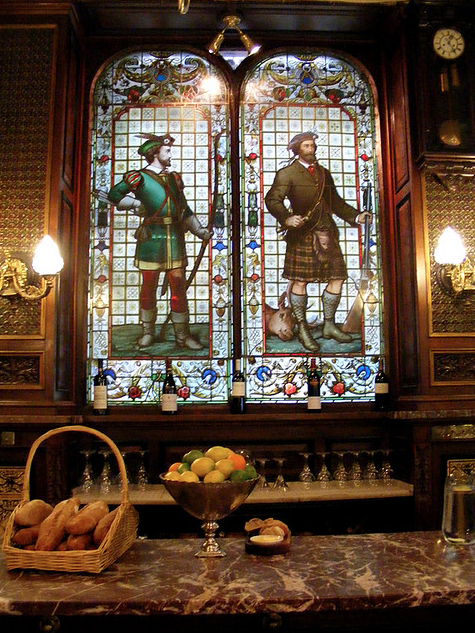 Swagger into this stunner for your fill of oysters. Although it was originally built as a showroom for the latest in gas and sanitary fitting those days are long gone. It’s now a bustling and gorgeous bar and restaurant. 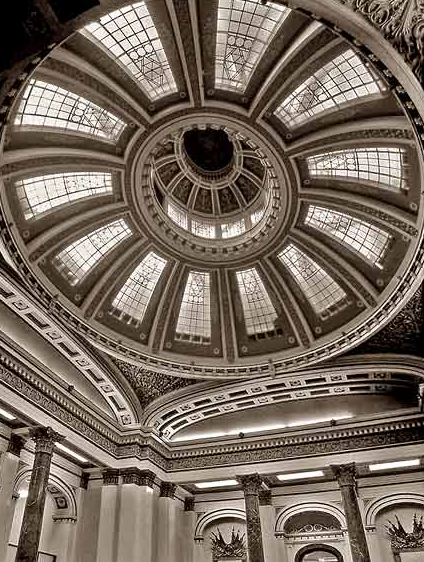 The Dome was originally the old Physicians hall in the 1700s before being purchased by a bank some years on, dropping their motto ‘DIDAT SERVATA FIDES’ – Keep Faith and Prosper into the windows. We’d all have something to say about those values today. The flanking windows featuring Hermes, the God of Commerce, entwined with serpents is a more appropriate symbol for modern day banking. Today this is a gastro megaplex with The Grill, The Club and a garden. Take your pick of the mirrored American Walnut paneled space or the majestic, lofty domed space and get busy with some classic cocktails. 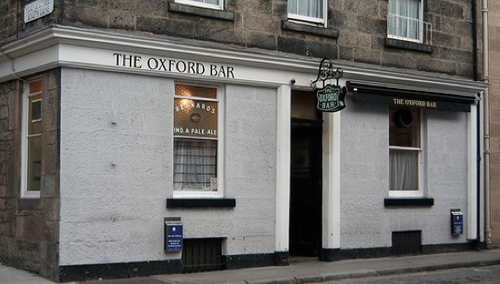 The Oxford Bar is often tagged as a scout hut for the over 30s. Head here to fur up the arteries with malts, pies and Bridies. But will you plonk down in Dead Man’s Corner, head ‘East’ and flop in the Visitor’s Paddock? Gate’s Enclosure? Davey’s Steps or Back Room Left? Beware, your perch of choice comes with a label. 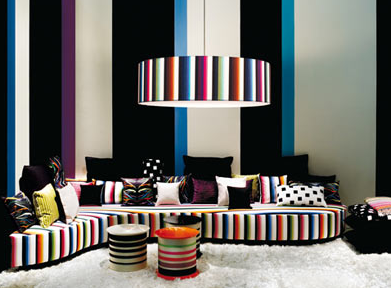 Who’d have thought the kings of stripes and chevrons – the Milano knitwear dynasty Missoni would choose Edinburgh for their inaugral hotel? Well they did, yay! 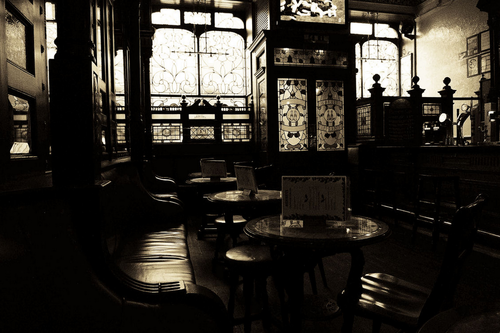 Bennets came into the world in 1875 and it feels little has changed since then. Come for ales and one hundred malts, stovies and steak pies. There’s a snug, originally built for discreet women – you can try to flex your mini muscle and take over but sadly I think those days are over ladies. You’ll be out in the open with the masses admiring the faded brassy, glassy interior. 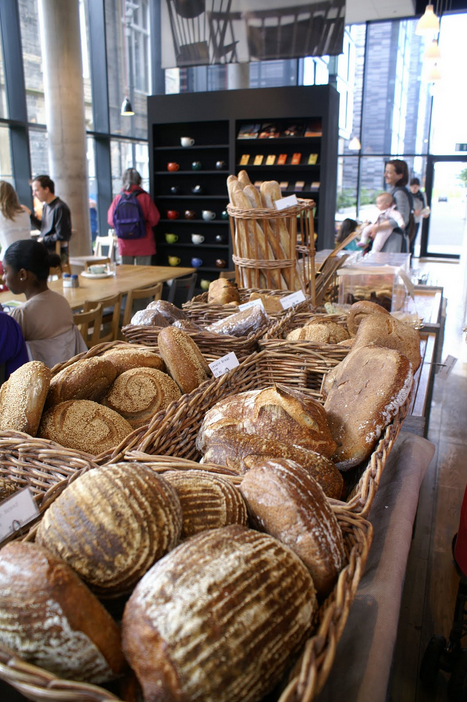 When you’ve had enough of the gothic, peaty, malty, dark city – and if you can get your sorry self out of bed for breakfast head to Peter’s Yard: a big bright healthy looking Swedish bakery.