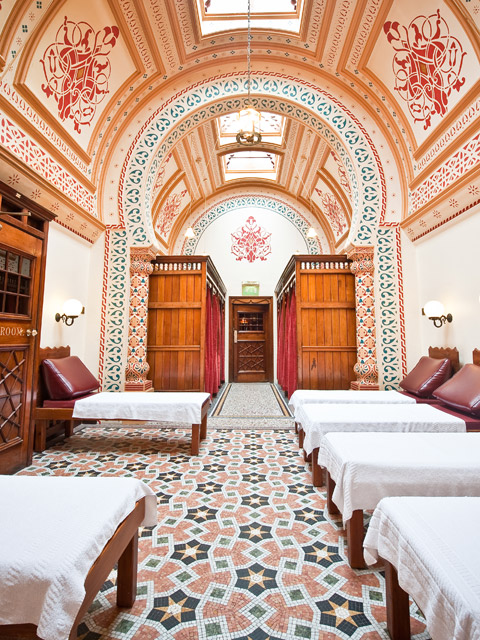 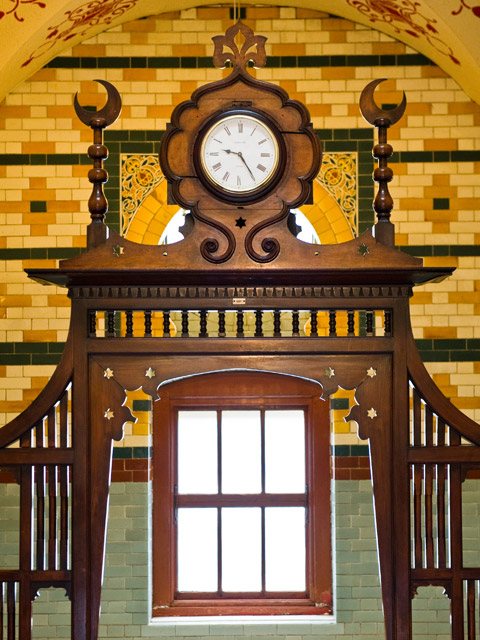 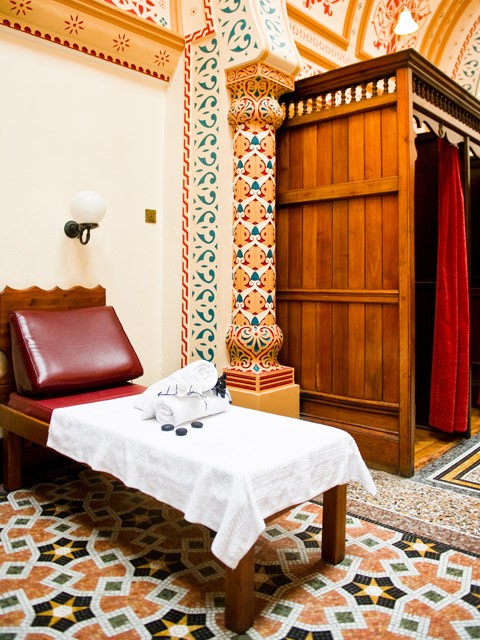 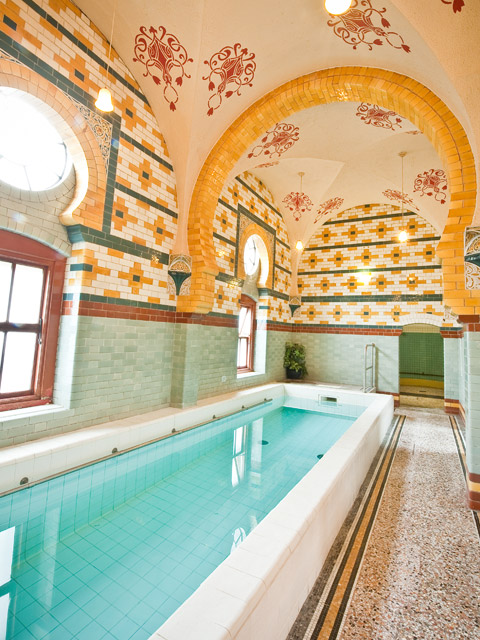 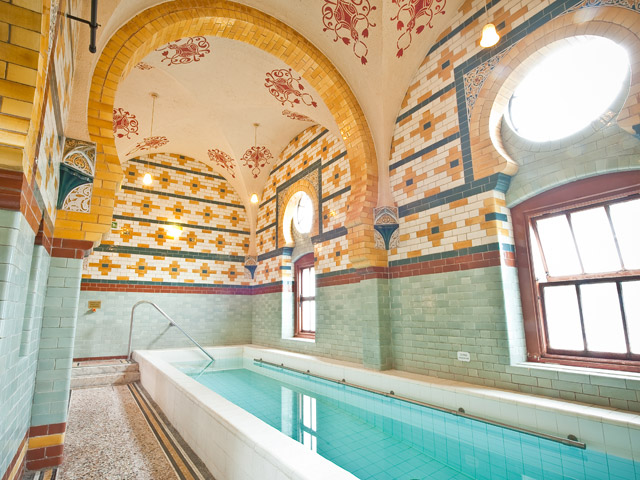 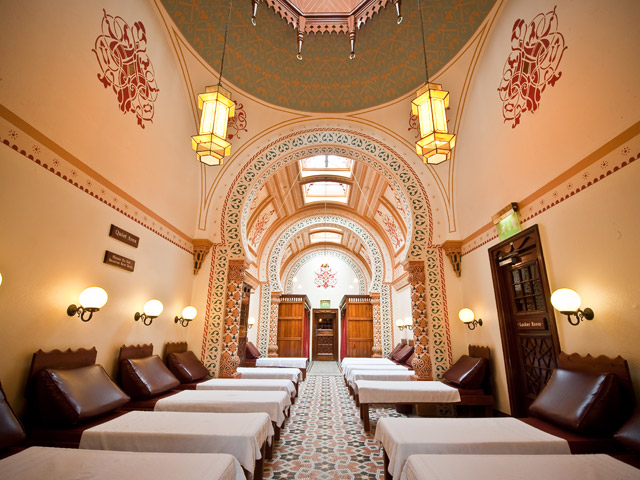 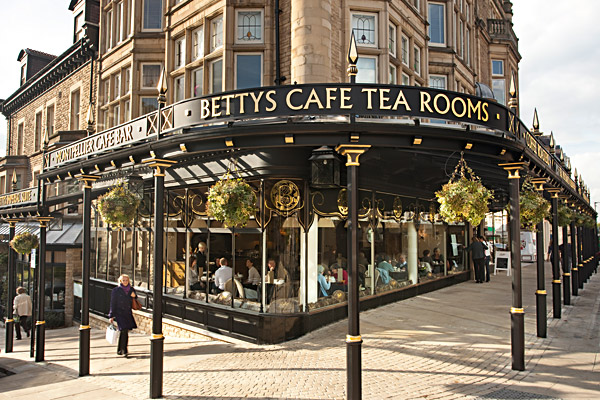 So The North welcomes Le Tour de France aujourd’hui! Beinvenue world. It’s unlikely gorgeous Harrogate will ever welcome FIFA so this is a big deal. But what little gems does today’s terminus town have to offer cycling fans and the UK’s MAMILs, that great and now very familiar acronym Middle Aged Men in Lycra. Well plenty…we’ll start with Harrogate’s Turkish Baths – only a tiny proportion is still in use, of what was once a cathedral to Harrogate’s springs, but it is beautifully maintained and complete. Today it includes the original steam rooms, Calidarium, Laconium, plunge pool and ante-rooms. Opened in 1897, the Royal Baths were set as the most advanced centre for hydrotherapy of all time.

“What may seem like a bizarre range of treatments today were household names then – including the likes of the ‘Plombière’ douche, Schnee (electric hydrotherapy) bath, saline sulphur and peat baths. The Royal Baths were built by Baggalley and Bristowe of London at a cost of £120,000. The baths’ Moorish design with great Islamic arches and screens, walls of vibrant glazed brickwork, the arabesque painted ceilings and terrazzo floors (laid by the very best Italian experts) all add to its historic fantasy qualities.” (Source Harrogate Turkish Baths).

And which watering hole to choose after the spa? Bettys! This famous tea room opened in 1919 and not much has changed since.

The story of this family business begins with “a young orphan from Switzerland who travelled to England to make his name. After losing his parents at an early age, Frederick Belmont spent his teens in apprenticeships for all manner of bakers and confectioners across Europe. By the time he arrived in England his head was filled with knowledge of their craft – and dreams of his future. In London, Frederick discovered he had lost the address he was travelling to. All he could remember was that the town sounded like ‘Bratwurst’. Through sheer luck he found himself on a train to Bradford.

Fortunately the beautiful countryside and sweet clear air reminded him of his native Switzerland – so much so, that he decided to stay. In 1919 he opened his first Bettys Café Tea Rooms in the fashionable spa town of Harrogate. The combination of mouth-watering Swiss confectionery and Yorkshire warmth and hospitality in such an elegant setting proved irresistible. Bettys was an instant success and was soon able to boast of ‘Royal and Distinguished Patronage’ on its letterhead.

In the 1920s Frederick opened a Craft Bakery in Harrogate, complete with its own orchard. Thanks to the new Bakery, Frederick was able to open Bettys branches in other Yorkshire towns including a flagship café in York, inspired by the magnificent Queen Mary Cruise liner. His York tea room became particularly popular during the war years when the basement ‘Bettys Bar’ became the favourite destination of the hundreds of American and Canadian ‘Bomber Boys’ stationed around York. ‘Bettys Mirror’, on which many of them engraved their signatures with a diamond pen, remains on display at the branch today.” (Source Bettys website).