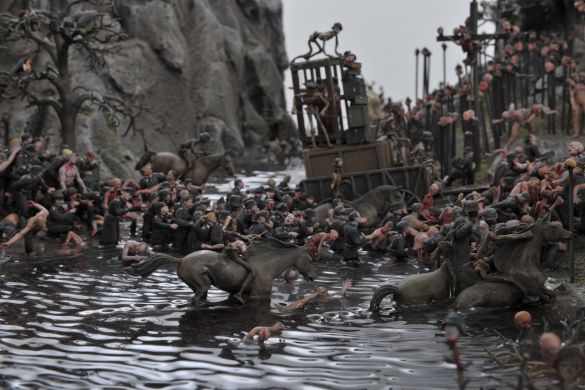 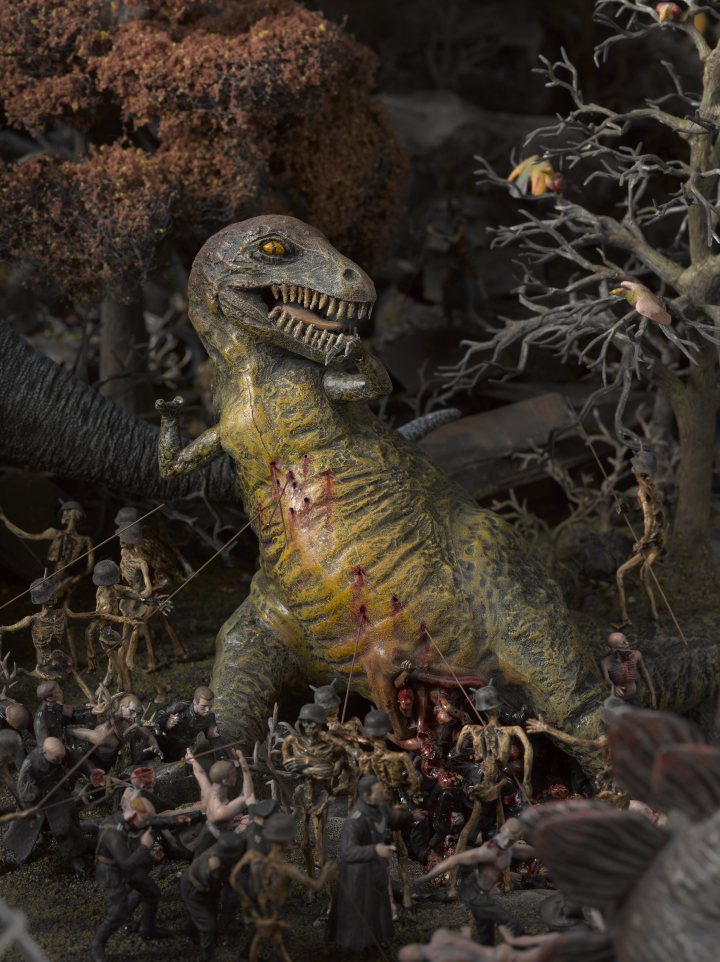 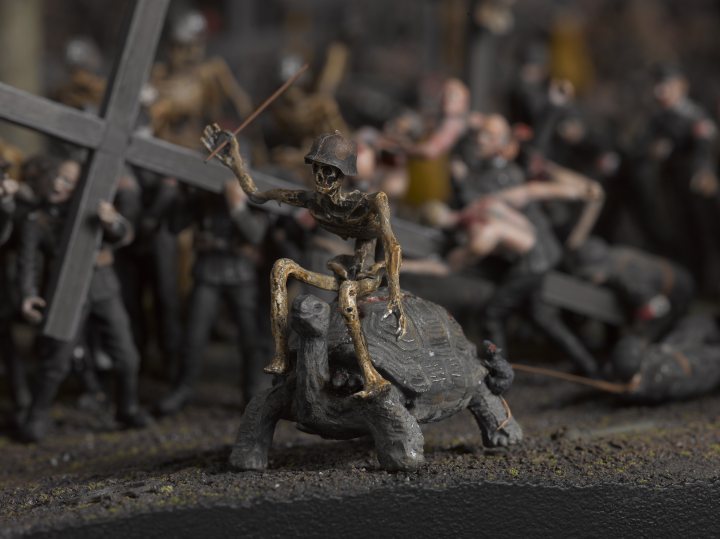 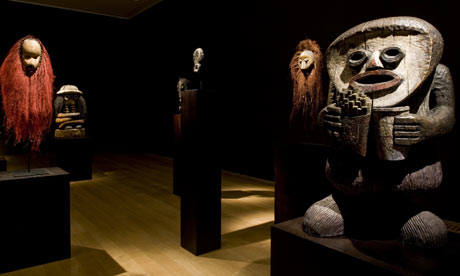 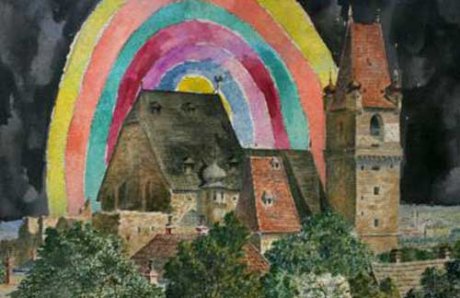 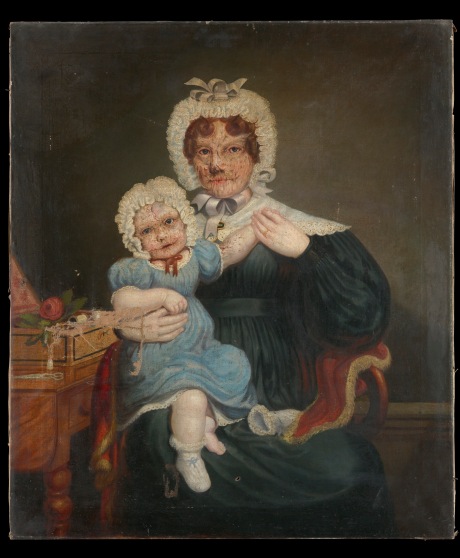 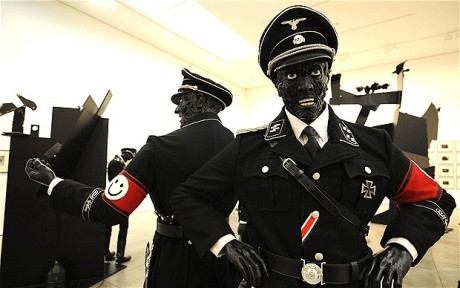 The first major London show from the gruesome twosome opens at the end of the month at the Serpentine’s new Sackler Gallery. A retrospective of sorts, it will feature unseen works both new and old across the various forms they work in – painting, drawing, printmaking and sculpture, film, music and literature. But we’ll also get another chance to see some old ‘favourites’ like the demented and apocalyptic dioramas of Hell.

This is a no-brainer to stick on the ‘to see’ list, and is sure to be popular. Take a walk in Hyde Park afterwards to contemplate what you’ve just seen.

An obsession with Nazis is an oft appearing trope. “We are not really interested in highlighting the more positive aspects of humanity. We’re interested in the underbelly of things. As far as we’re concerned the depths of that seam is profound and infinite” they say.

And thank fuck for that. See you in Hell.

Images from top to bottom: The End Of Fun, The Sum Of All Evil, The Chapman Family Collection, If Hitler Had Been A Hippy How Happy Would We Be, One Day You Will No Longer Be Loved (That It Should Come to This) IX, The Almighty Disappointment.