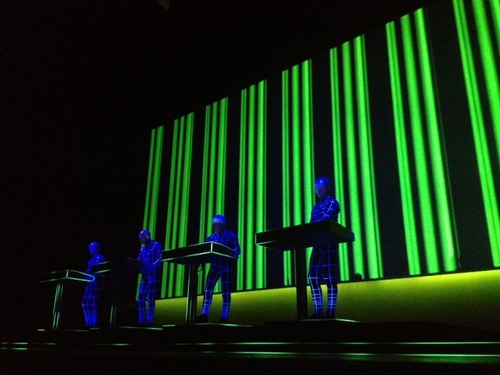 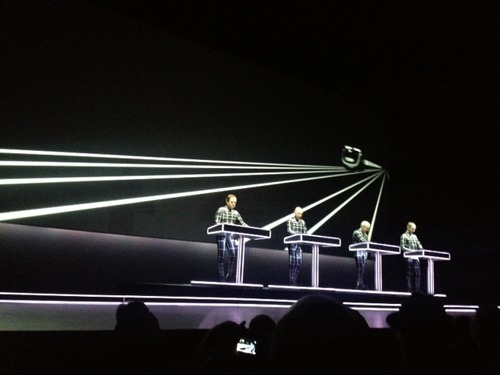 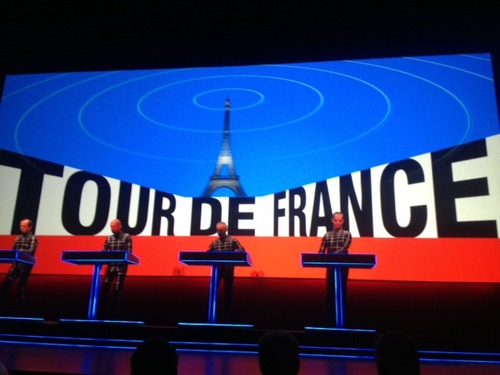 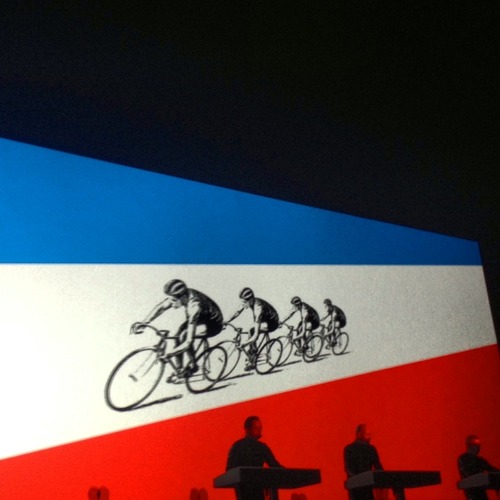 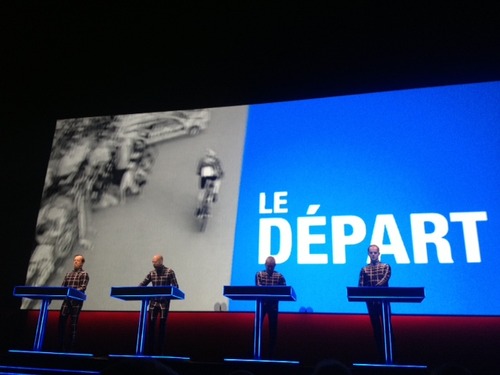 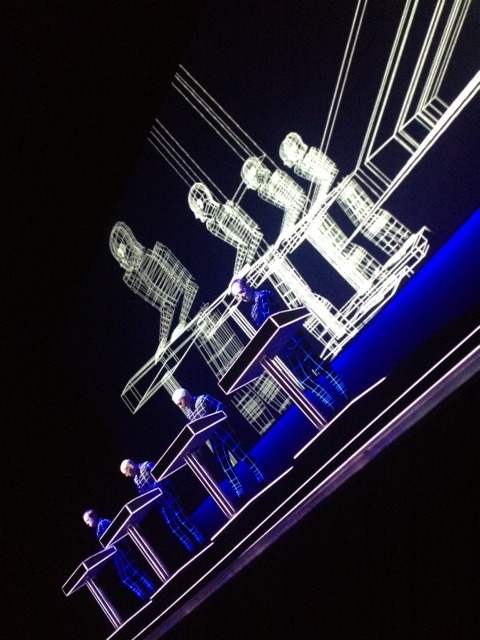 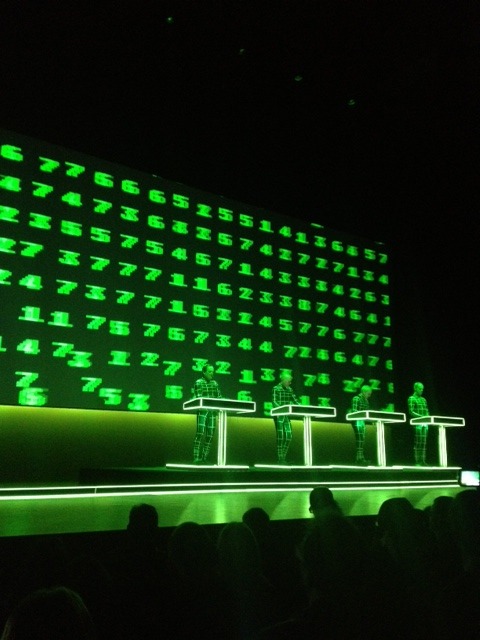 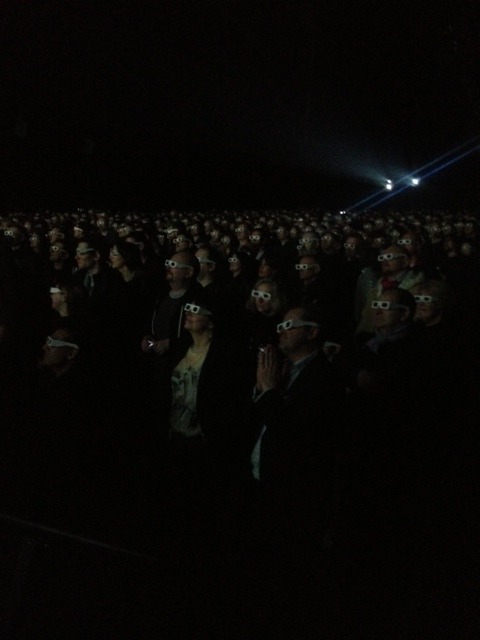 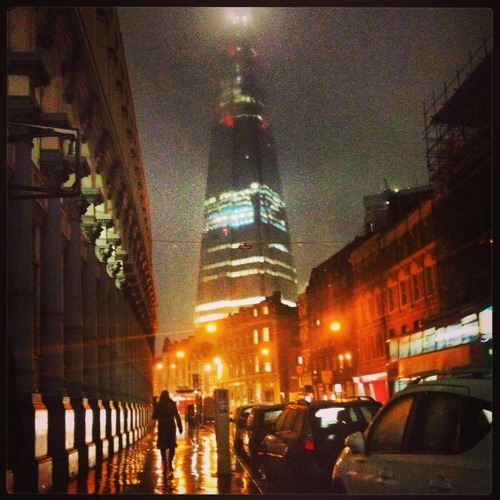 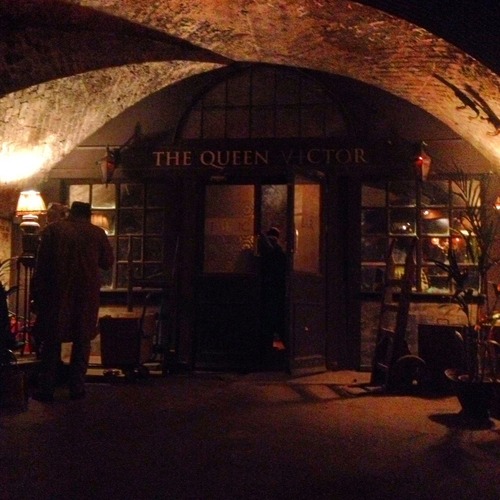 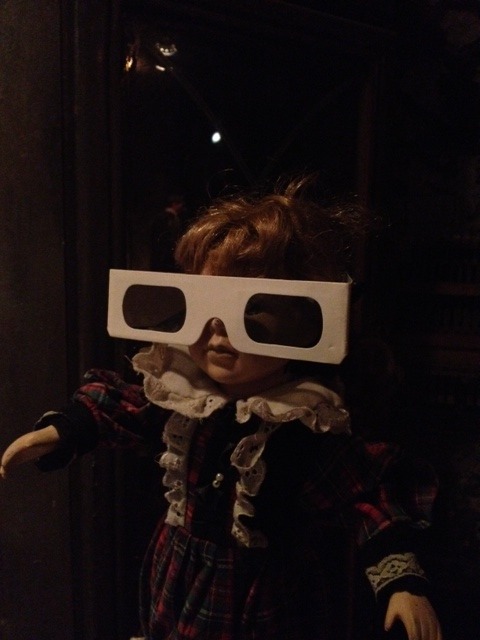 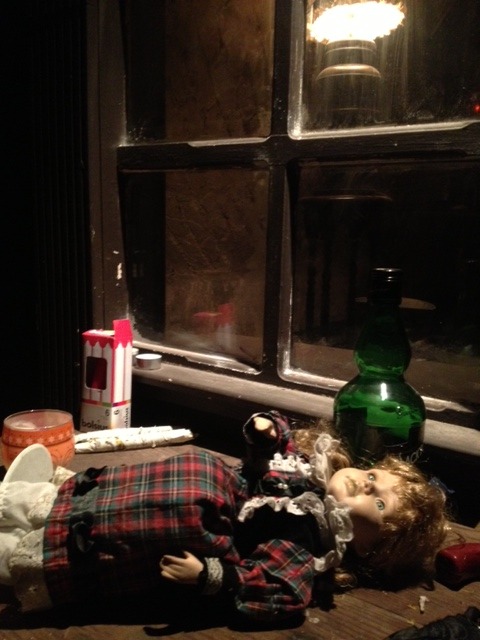 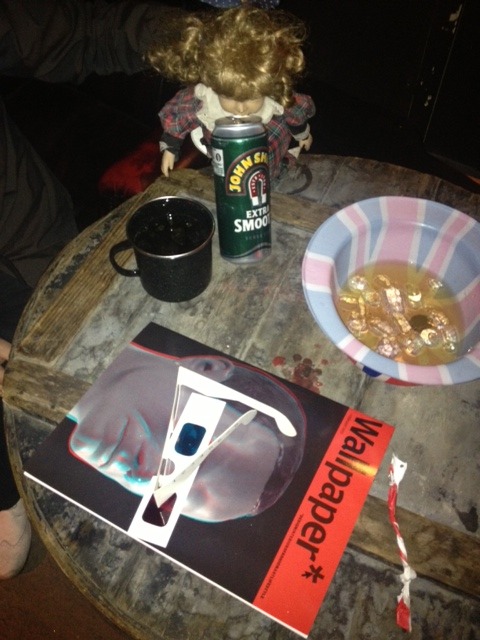 Indebted to meine schwester forever for winning out on the ticket fiasco, we had the sheer joy of seeing Kraftwerk at the Tate Modern on Saturday. What a show, oh swoon the graphics – some of those 3D visuals made Le Corbusier’s drafts seem like a High Gothic sketches. The music – Man Machine from start to end then all the classics. With only 700 in the audience there was plenty of space to swing a cat or two and stroll about. Totally luxury.

What was less luxury were the people who insisted on gabbing right the way through. Just like smokers’ corners, and areas in parks for dogs, there’s a place at gigs for people like you, its called the bar. Otherwise zip it.

I spent the day getting in the mood with my own cultural tour of 70s/80s Germanic bliss by taking in all the old favourites: Stasiland, Radio On, Christiane F, The Battle of Chernobyl, watching some DPRK mass games and ruining myself doing kettle bells in die garten.

After, on a futurist high we practically flew over to the Leyshon Bros Bonded Warehouse closing party which was an altogether different beast. After investing two hours in the future we had to wind back 100 years. It was tricky. But as you can see it was a classy affair and we totally abused this poor dolly.