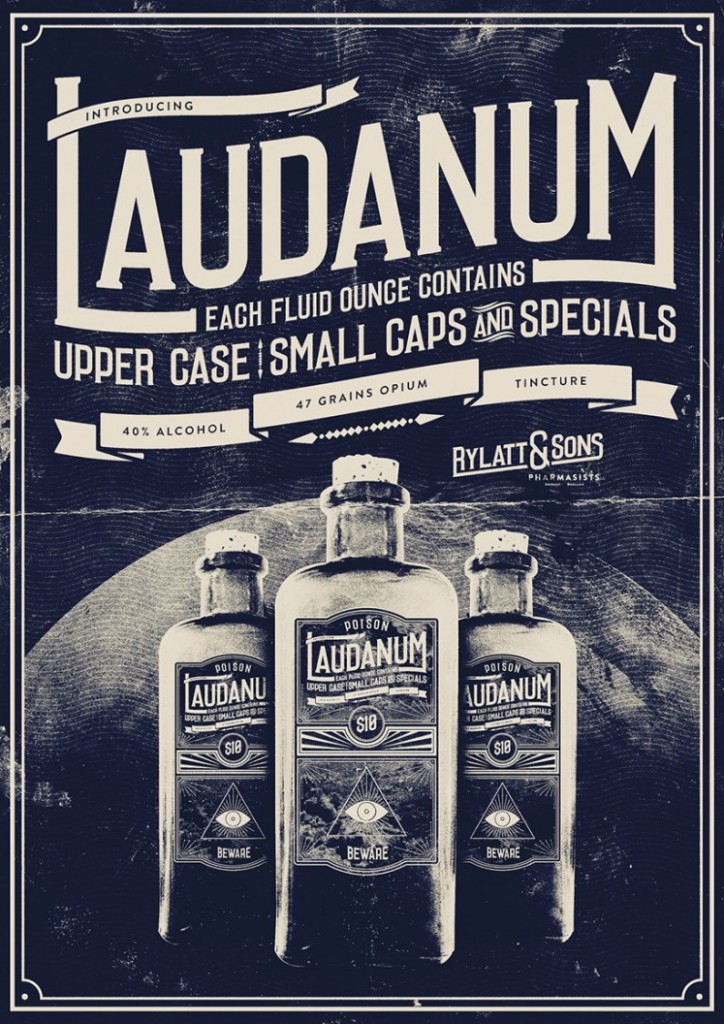 Perhaps there’s something in the London air what with Kew Gardens’ Intoxicating Plants season, now we have Antique Beat’s talk in London tomorrow, focusing on “London’s relationship with narcotics, intoxicants and psychedelic substances…that extends a lot further back than most of us realise. So roll up for Salon No.20, kick off your sandals and light up the candles as we explore the history of the high in this psychoactive city with cultural historian Mike Jay and writer Richard Weight.

Today, nitrous oxide sellers offer balloons to the crowds on Brick Lane, but the gas was first inhaled at the Royal Institution in 1800. The previous year, down the road in Green Park, the first magic mushroom trip was recorded. In an earlier Salon Tom Bolton showed that whatever the press induced hysteria about the Limehouse opium den, many respectable Victorian Londoners were heavy opiate users in the form of Laudanum.

Writer and ethnobotanist Mike Jay joins us to discuss some of the ways Londoners have historically got high, some of the pioneering drug experiments that London has witnessed and the junkie habits of a number of noted narcotic users. He will also provide some teasers on his fascinating upcoming project on psychoactive and psychedelic plants at Kew Gardens.

Then writer Richard Weight will explore the wider relationship between Londoners and recreational drug use. Is it true that cocaine use was rampant during first world war London and in royal circles during the 1920s and 30s? Is it true that the London music scene of the 1960s and 70s was as changed by the drug dealers who progressively introduced marijuana, acid, heroin and cocaine as by the musicians or by the figureheads of popular culture claiming to be the artists of a new enlightenment rather than mere entertainers?

What role did musicians play in making drug use more fashionable among the young in postwar Britain, and to what extent did this cement London’s reputation in the regions as the capital of hedonism as well as government?

Why were these drugs and more recently ecstasy, crack and Khat made illegal? Should we not be ‘sovereign over our own bodies’? After all, we all know that a significant part of the capital’s economy revolves around intoxicants, legal or otherwise. Richard investigates …

Mike Jay has written widely on the history of science and medicine. His books include ‘Emperors of Dreams: drugs in the nineteenth century’ and ‘High Society: mind-altering drugs in history and culture’, which accompanied the exhibition he curated at Wellcome Collection. He is currently working with Kew Gardens on ‘Intoxication Season’ an exhibition commencing this month around psychoactive and psychedelic plants.

Richard Weight is a broadcaster, academic and author of ‘Patriots: National Identity in Britain, 1940-2000′, ‘Mod: A Very British Style’ and co-author of Modern British History: The Essential A-Z Guide. He is a visiting Professor at Boston University, a Fellow of the Royal Historical Society and of the Royal Society of Arts. His current book is a social & cultural history of drugs in Britain since 1914, to be published by Oxford University.” Source: https://antiquebeat.co.uk/news/