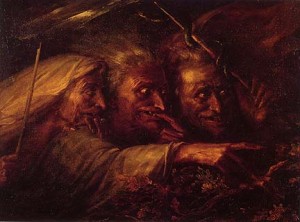 Whilst most summer productions of Shakespeare will be plotting their unique approach to a Midsummer Night’s Dream, Rift has opted for a decidedly different, darker text: Macbeth. A twelve hour session 8pm to 8pm for the most die hard/hardcore fans.

“Face-to-face with witches in an underground car park. Feasting with the Macbeths. Bedding down for the night on the 27th floor as a siege rages around you. Characters sleepwalking through the walls: confiding plots, summoning apparitions and conspiring murder. In the morning waking to find the battle lost or won. This is William Shakespeare’s Macbeth seen from the inside out. This production like a fever-dream leaves you questioning ideas of space and status; dystopia and utopia; waking and sleeping.” From Dusk till Dawn.

£20 – £40 ticket packages all include a bed, but the Royal Package includes drinks at Duncan’s Party, food and perhaps even a meeting with the Lady.