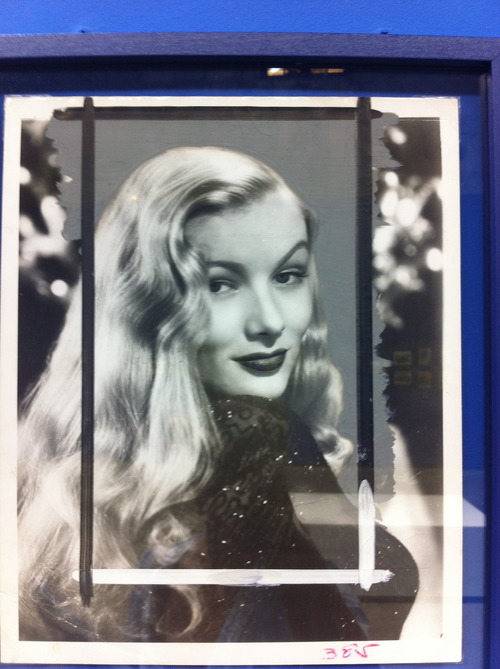 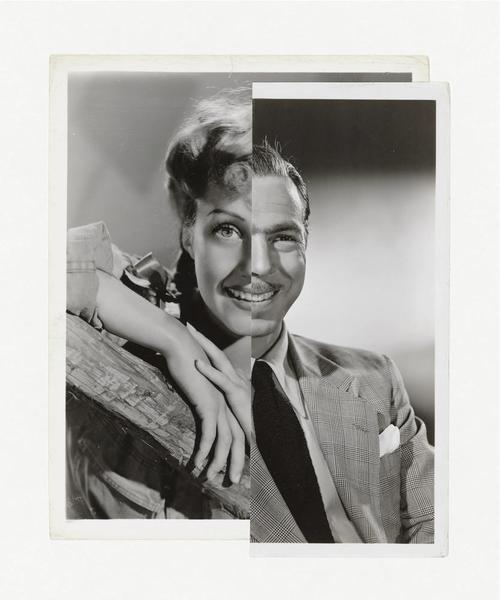 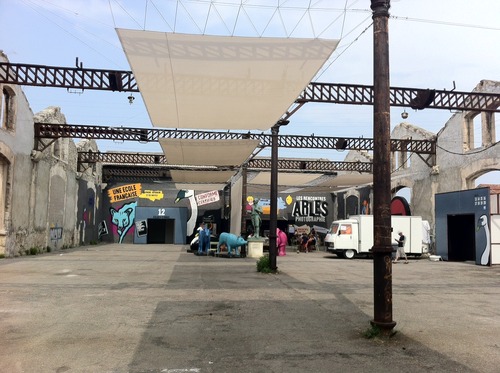 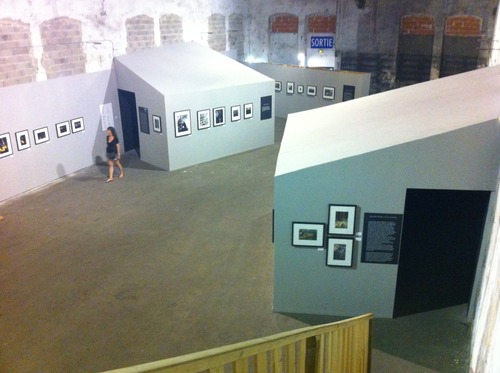 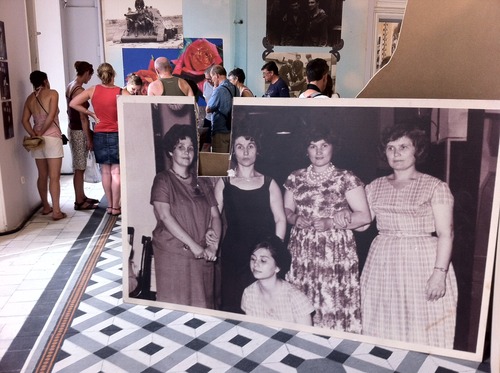 After watching non-stop live performance in France’s Avignon Theatre Festival for a few days, I travelled further south to Arles to catch the best of photography now.

Because Avignon festival was dedicated to Africa this year, I thought ARLES IN BLACK was also paying it’s own homage to this culturally emerging continent. My mistake! It’s simply related to photography: the 44th Rencontres d’Arles Photo Festival offers a radically black and white experience and explores whether black-and-white photography is still valid in today’s digital world. Director François Hébel explains « Deciding to focus on black and white photography this year gave us an opportunity to show real treasures: discoveries, of course, but also previously unexhibited work by established artists, and riches from the past ».

Riches from the past include Raynal Pellicer’s collection of pre-Photoshop-era Hollywood studio pictures A Fonds Perdus (Faded Out). This collection brings together more than 100 press photos published between 1910 and 1970 by American dailies such as The Chicago Tribune, The Baltimore Sun or The Boston Herald… Gelatin-silver prints retouched with gouache and ink, by brush and airbrush, bearing reframing marks, handwritten technical notes and marks in soft lead pencil – making it easy to count precisely how many hairs are needed to draw the perfect Marlene Dietrich’s eyebrow. Inspired by the same era, British artist John Stezaker shows a large selection of his ongoing collage series including Mask, Marriage, Muse and Film Still Collage, as well as the collections of image fragments (The Third Person Series). These simple collages create new images, relationships, characters that slightly disturb you. Fascinating.

If I enjoyed watching Magnum photographer Sergio Larrain‘s pictures of Chile (his home country), Roma and Paris – he certainly had a distinct way of framing – I am less sure about Guy Bourdin’s ‘unknown’ early pictures. I loooove Guy Bourdin but why show pictures he deliberately hid whilst alive? Are they really worth it? And why show Jacques Henri Lartigues’ intimate pictures of his wife in a lovely church, if it’s to line them up on the wall in such an expected way? Chilean Photographer Alfredo Jaar did a much better job in his church église des Frères-prêcheurs. More than an exhibition, he’s put together an immersive installation that shakes up our certitudes on the truth of the image, the good intentions of the press, and the Western perspective on events.

THE POLITICS OF IMAGES

Pictures can be more powerful than words, and they can haunt. South African photographer Kevin Carter committed suicide one year after shooting a starving Sudanese toddler stalked by a vulture in 1993. Although the picture won him a Pulitzer Prize these struggling children haunted him. Straightforward and uncomplaisant, Alfredo Jaar’s installation ‘The Sound of Silence’ gives us keys to understand the mechanics of an image. Another clever installation pays homage to the 1 million victims of the Rwandan Genocide « Je me souviens de son regard » or to « Tree women » fighting for human rights and education in their countries: Ela Bhatt in India, Aung San Suu Kyi in Burma and Gracia Machel in Mozambique. For sure the best of site-specific exhibitions of the festival.

There are 50 different exhibitions sites either in the city center or gathered in les Ateliers, SNCF former train sheds. Not to be missed – the enigmatic Wolgang Tillmans massive prints and Gordon Parks’ pictures. As a civil right activist and very committed to the black American community, he shot artist Duke Ellington and Mohammed Ali but also historical moments such as the Civil Rights March on Washington (1963), the Black Panthers or the Black Muslims in the late seventies. Helpful notes on the wall explain his way of thinking. Take a rest and watch his first Hollywood movie Shaft.

A hundred years after the first law founding apartheid in South Africa, les Rencontres and Johannesburg’s market photo workshop commissioned 12 photographers to track down the social traces the country’s history has left in the landscape. In this project, Black and White is no longer the form but the subject itself. Prints are casually printed and stuck on the wall on a blue back paper, therefore reinforcing the idea of work in progress.

‘There’s a place in Hell for me and my friend’ is a personal project by Pieter Hugo that combines digital and black & white photography. This is a series of identical portraits of his friends living in South Africa. He took colour digital images and convert them to black and while, emphasising the melamine of the skin so that even a white person looks black. A world with no more racial differences…