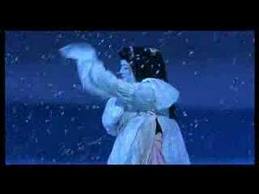 Tamasaburo Bando is one of the greatest performers of Kabuki Onnagata (adopting the female role). Bando began dancing at the age of seven and at sixty-two years he has been nominated as a Living National Treasure by Japan’s Council for Cultural Affairs.

For the first time outside Japan, he will perform three dance solos: Yuki (The Snow), Aoino-ue (Genji Word) and Kanega-Misaki (The Temple Bell Montain) at the Théâtre du Chatelet. Word has it that The Snow inspired Tarantino’s iconic final fight between O-Ren and The Bride in Kill Bill, sans the blood.