In FORT GREENE, do as Roman’s do.

The neighborhood is named after an American Revolutionary war-era fort that was built in 1776 under the supervision of General Nathanael Greene. Greene not Green!

The area gets its architectural reputation from the variety and quality of its brownstones. It is also a haven for foodies, a cultural oasis, and a bastion of African-American pride. It is a busy, blooming hybrid whose slate-sidewalk streets somehow retain their serenity. No one is in a hurry – other than newcomers rushing in from all corners of the city to live here. 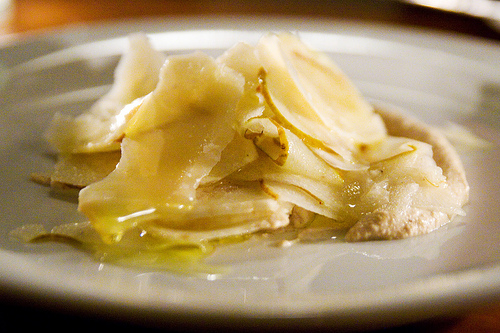 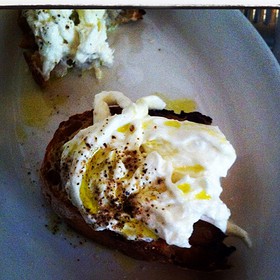 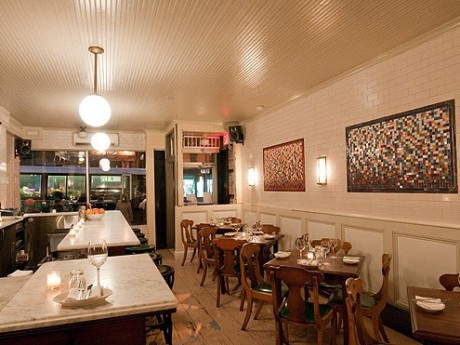 Burrata with grilled pears and rosemary, celeriac and pears with hazelnut butter, white bean puree with marinated kale, caramelized pumpkin with balsamic vinegar, crunchy strips of puntarelle and crisps of fried pancetta: the menu changes daily with the seasons – to keep you coming back everyday!

Roman’s credo seems to be that high-quality ingredients don’t require much work in order to taste good. It works so well with the firsts that I suggest you have them all and skip the rest of the menu.

The Look is traditional bistrot with a contemporary twist: a dark wooden bar, white tiles and mosaics going crazy on walls. Nice cocktails. Good service. Yes it is worth an hour waiting – they’ll text you when a table is free and it’s ok to eat at the bar. The proprietor is Andrew Tarlow from Marlow & Sons, Diner and Wythe Hotel. They have exceptionally loud music that does not really fit the décor, but somehow it prevents the restaurant from being overwhelmingly romantic. No reservations. 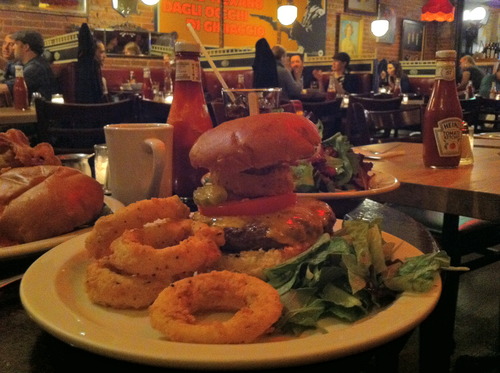 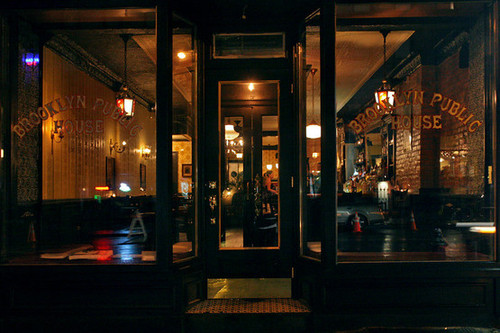 Avoid THE GENERAL GREENE (229 Dekalb Ave) or WALTER’S (166 Delkab). They might try hard but they are pricy and the quality of the food can be disappointing. 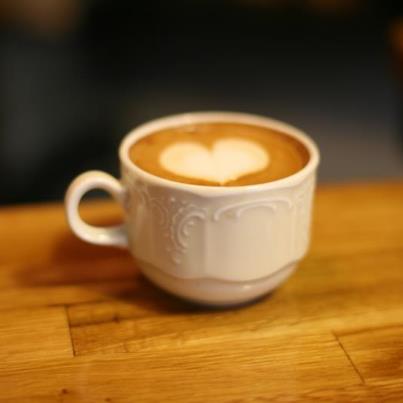 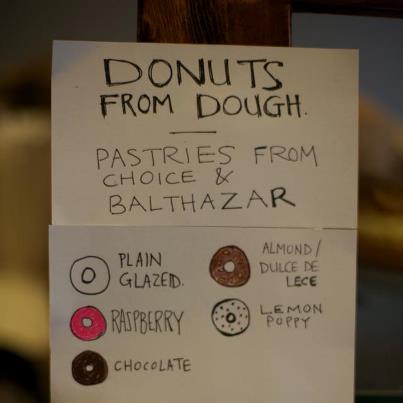 Don’t forget to bring your ID for those dive bars. You may look old, you may feel old but don’t let a small case of ID stand between you and a good night. 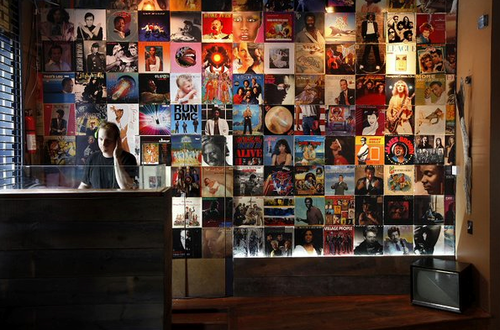 A good mix of colourful characters 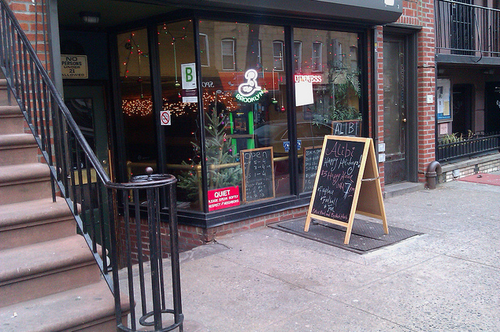 Friendly dive bar with a pool table, opposite Roman’s. 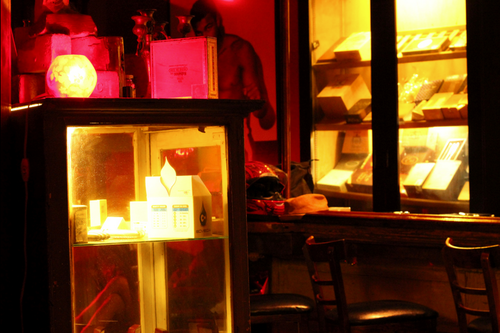 The Secret place. No food nor alcohol but you can bring your own bottle. Don’t go if smoke bothers you, obviously. 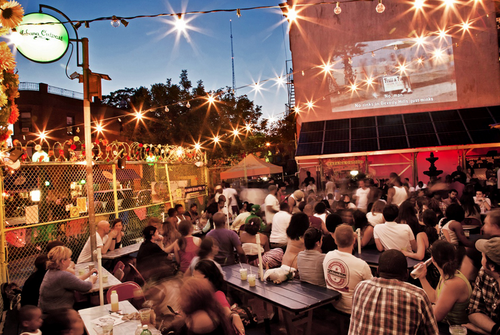 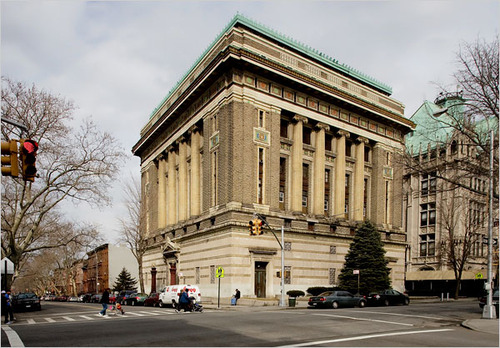 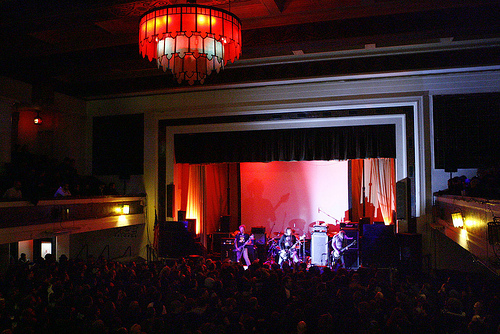 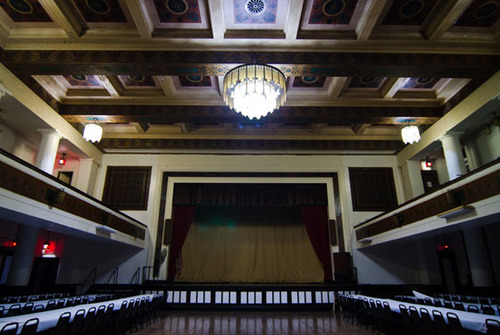 A gig in a Masonic Temple? Only two other temples of its kind have been erected in the world (Colorado and Egypt). Marble staircases along with Masonic murals can be found throughout the building. Built in 1907, the temple was acquired by The Empire State Grand Council and opened to the public by making its meeting rooms available for rent by public organisations and more intimate functions and events. Nowadays its a small, hokey concert hall. A Fort Greene alternative to BAM’s art and music performances. 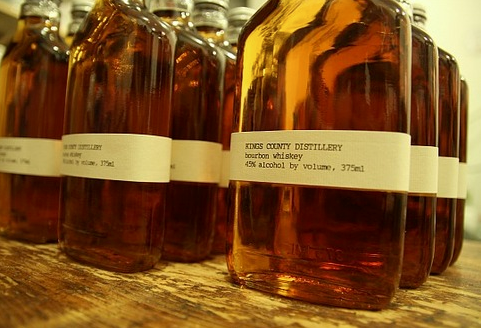 This is the city’s oldest operating whisky distillery, the first since prohibition. Founded in 2010, soon after the creation of a New York State Farm Distillery –Hand-crafted ‘moonshine’ and bourbon are made in the 113-year-old Paymaster Building in the Brooklyn Navy Yard. The distillery is open for tours and tastings from 2:30pm to 5:30pm each Saturday. No reservations needed. Tours are very informal, tasting and admission to the Boozeum cost $8. 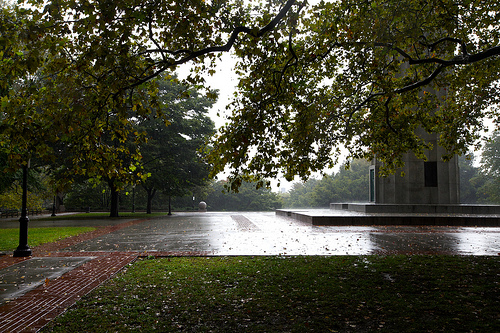 At the highest point in Brooklyn’s first park (the thirty hilly acres of Fort Greene Park were sculpted by the same architect who designed Central Park) you’ll find an unexpected monument. A bronze plaque built into a tall column proclaims its purpose: to commemorate 11500 Americans who died on British prison ships during the Revolutionary War.

The Fort Greene Park Visitors Center adjoins the plaza, and the bronze doors of the crypt are a few granite steps down but rarely let visitors in. 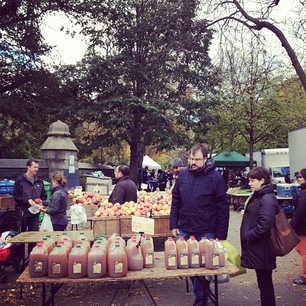 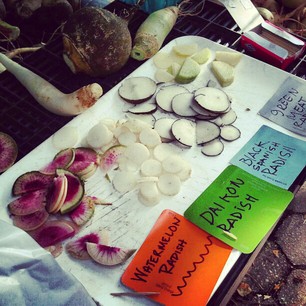 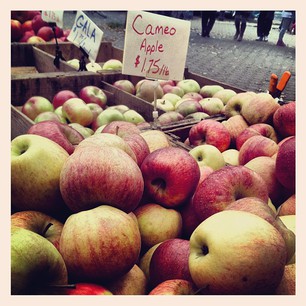 Located outside the entrance of historic Fort Greene Park and surrounded by chestnut trees and centuries-old brownstones. The Fort Greene Market serves a diverse community of young, urban professionals and multi-generational Fort Greene families who gather here every Saturday. You can shop for greens, delicious apples and fresh seafood, cheese, orchard fruit, baked goods, a variety of sustainably raised meat, and dairy products as well as wine pressed from Long Island grapes. Every Saturday 8pm- 4pm 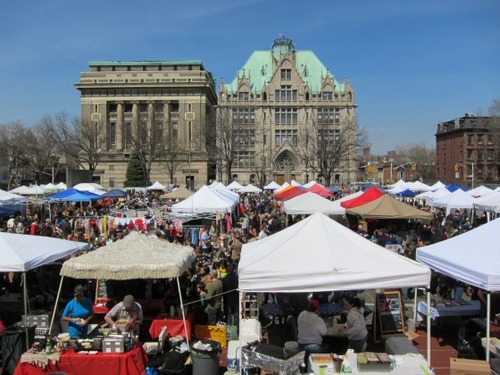 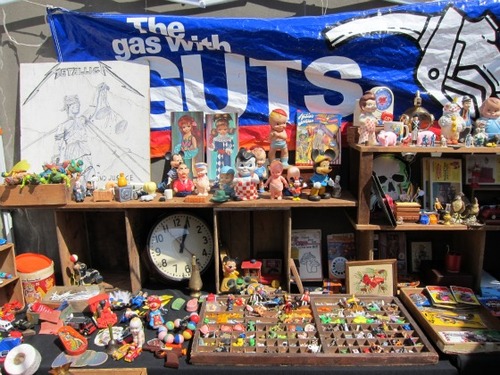 Since 2008, 150 local vendors have flocked here to sell everything from vintage bikes and vinyl, vintage clothing, handmade jewellery, retro kitchenalia and kitsch trinkets that vie for your attention. With plenty of options for the staple (organic) lunches of course. Between April and Thanksgiving every Saturday. 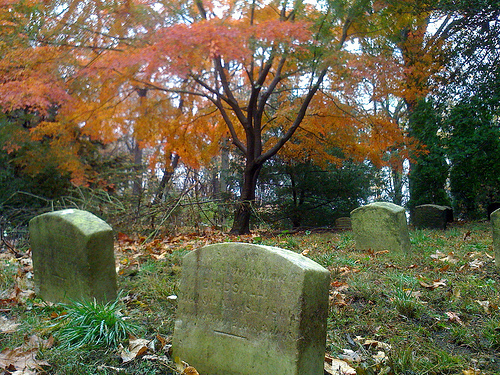 Situated on one of the highest points in Brooklyn, the Quaker Burial Ground, was founded in 1849, before Prospect Park was created, when nine acres of undeveloped farmland were purchased land from four non-Quaker landowners. Actor Montgomery Clift was laid to rest here after he died of a heart attack in his Manhattan townhouse in 1966. Unfortunately the entrance is always closed to park-goers, and you can’t get close enough to read the modest, unadorned gravestones but if you want to give it a try call the Quarterly Meeting Office 212- 777-8866. Apparently you can help clean rake leaves in the autumn.