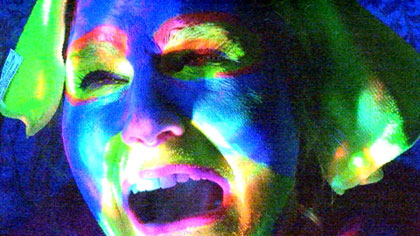 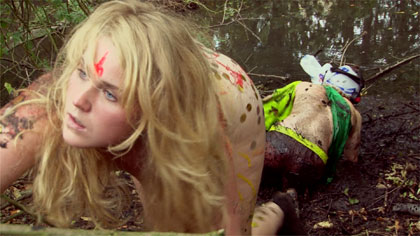 If you have a suitable venue (even your Mum’s living room) and at least 10 people to make up the audience, the latest production from Artangel will come to you and do their thing.

Somewhere between a travelling theatre and a cinema group, based around ideas of perceived freedom, ‘the work draws on trash aesthetics, leftist sentiments grounded in the 1960s and 1970s avant-garde, the hippy movement and far-right populist claims positing Islam and immigration as a threat.’

Combined with full nudity, flashing lights and adult content, that’s probably enough to draw us in.

Followers of Artangel often investigate their work based on their reputation alone. Having brought us some absolute pearlers over the years, hopefully this one follows the trend.

Oreet Ashery: Party for Freedom, various venues, May 1st – 22nd June. Invite them to perform for you, or join in at four ticketed public shows.