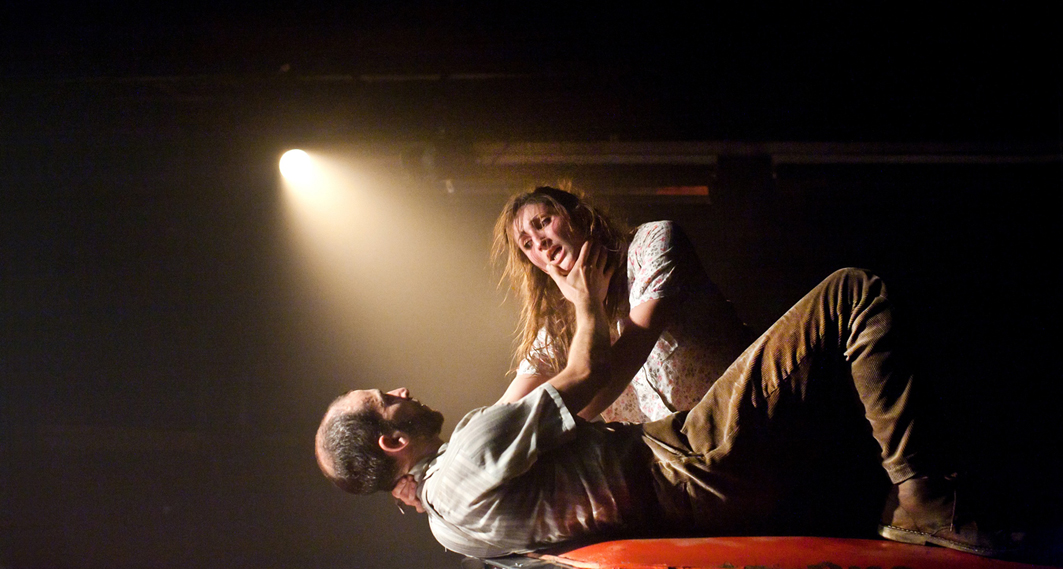 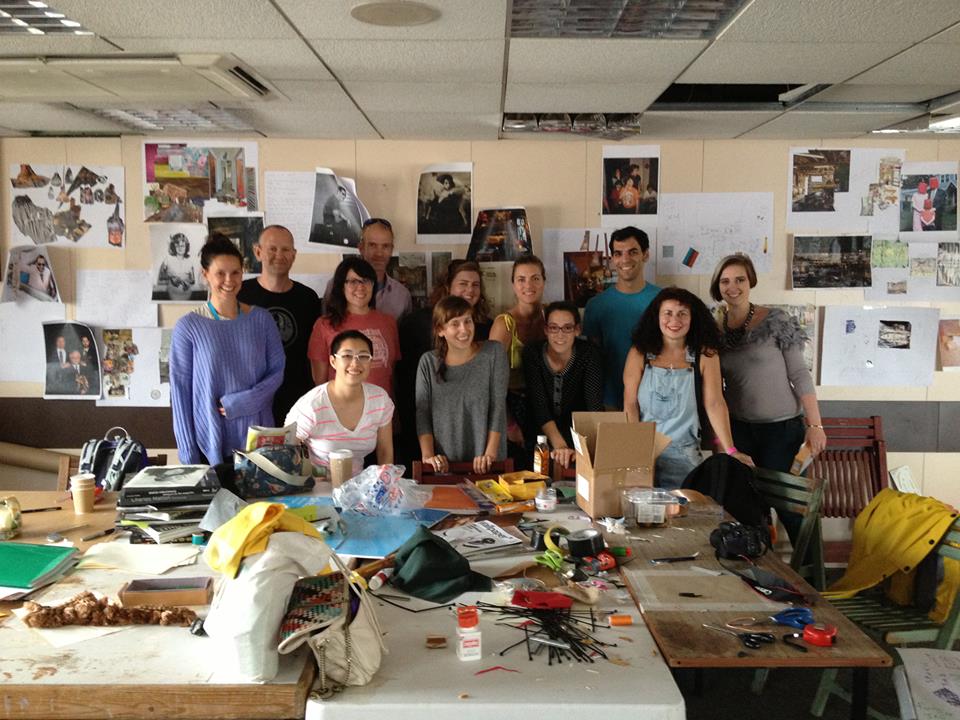 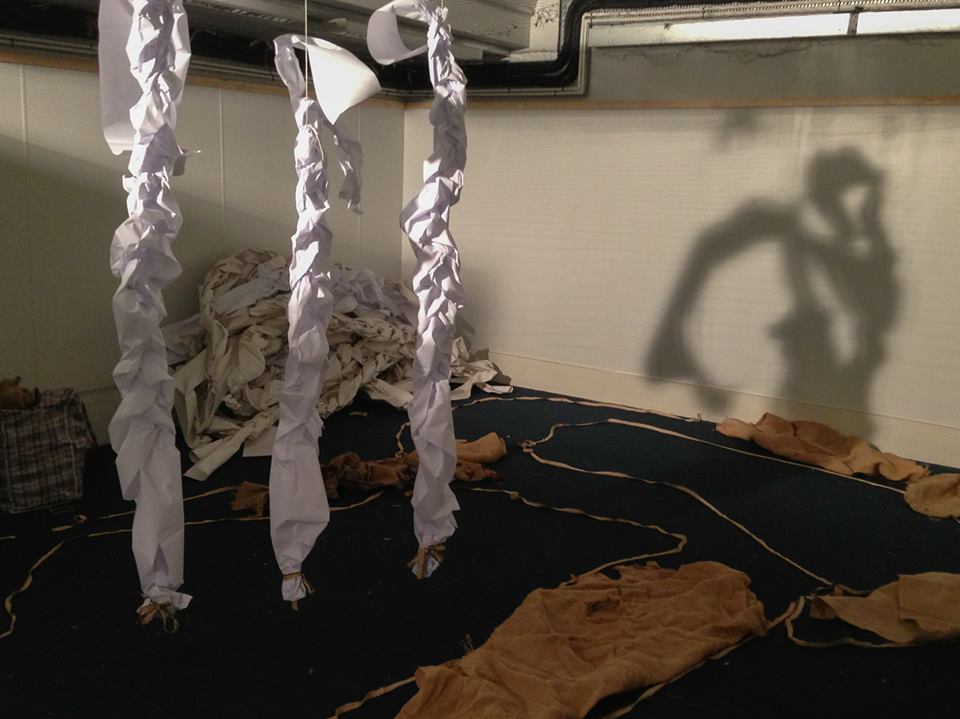 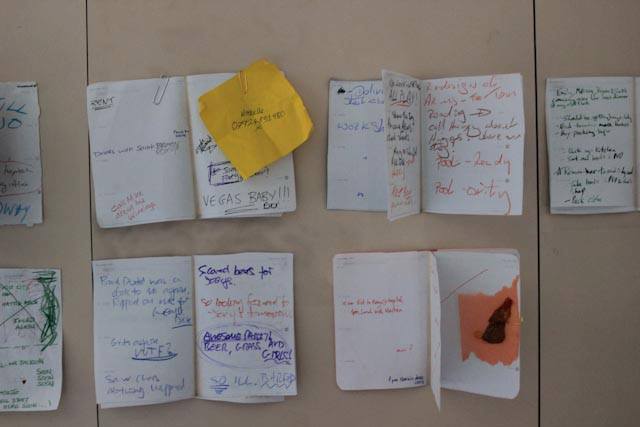 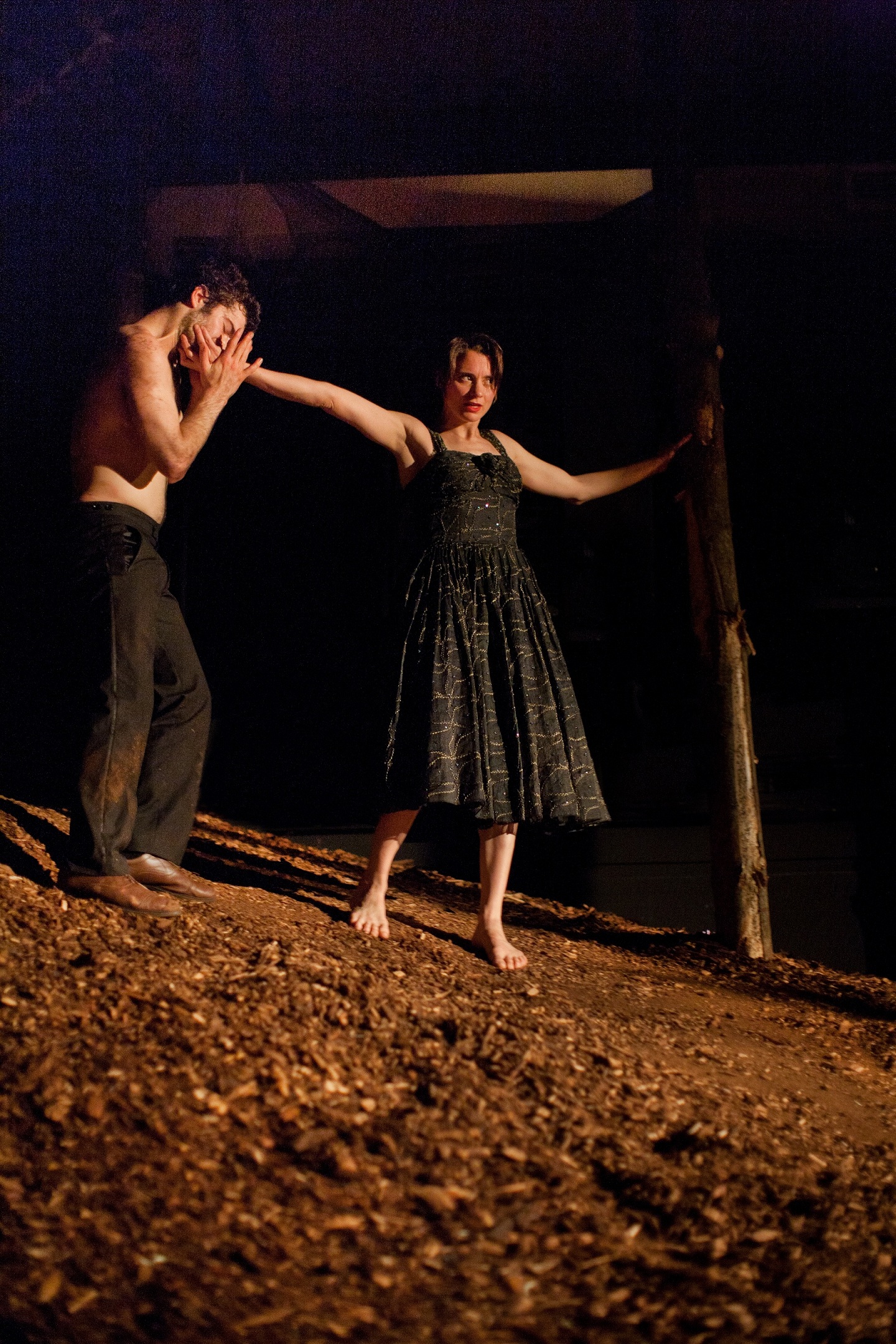 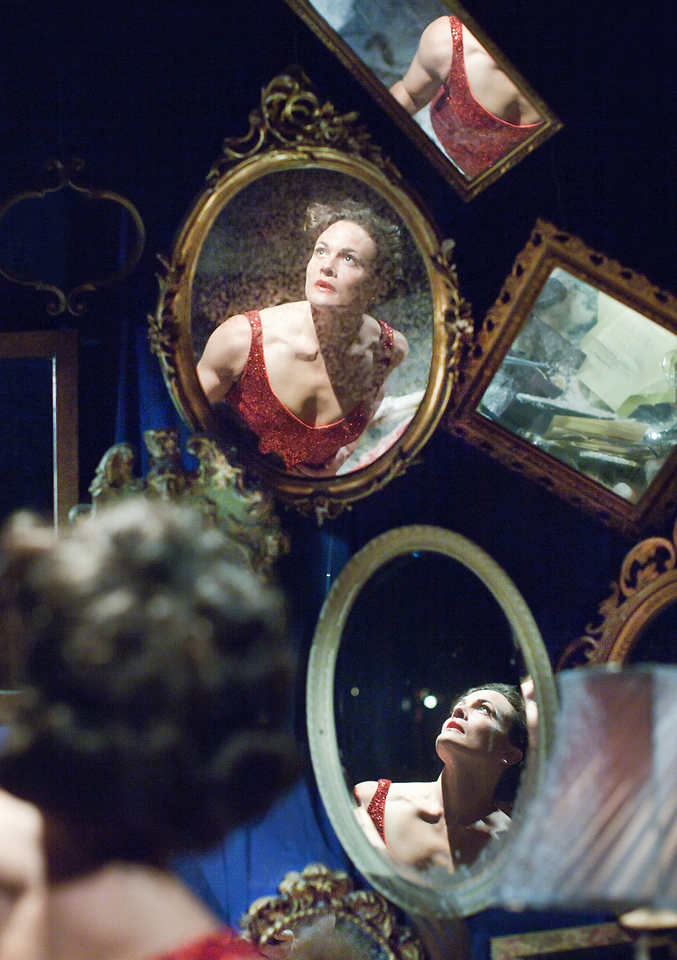 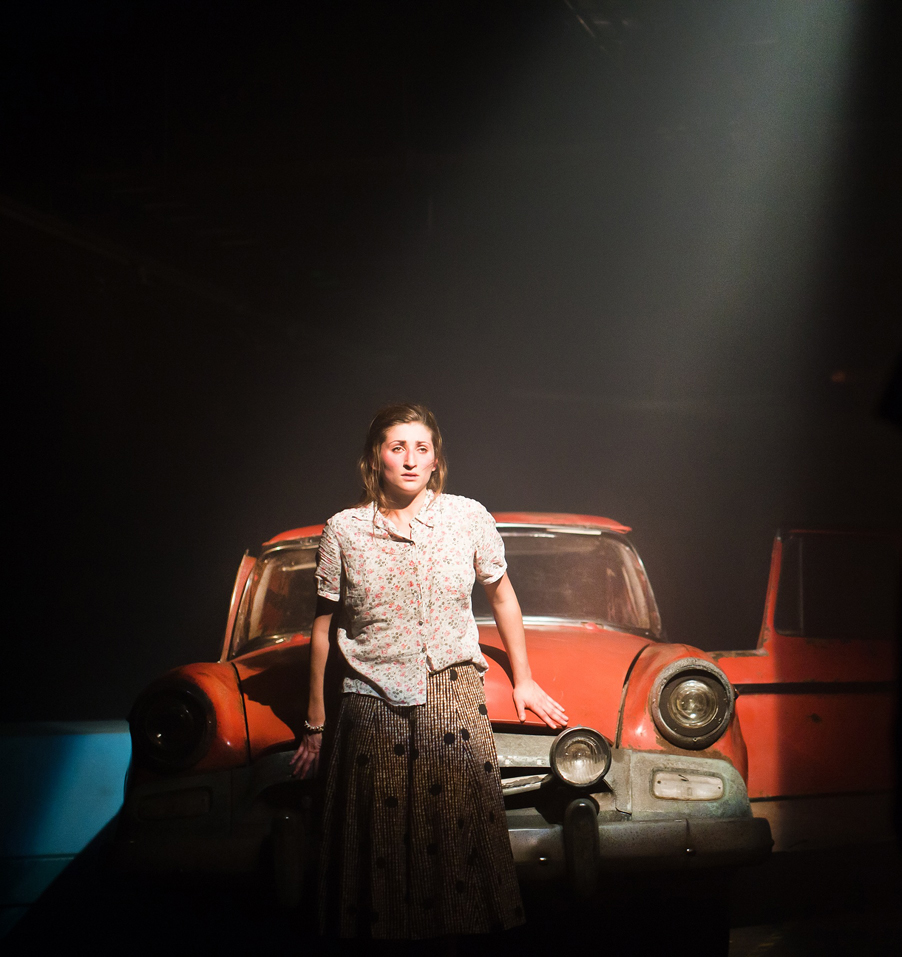 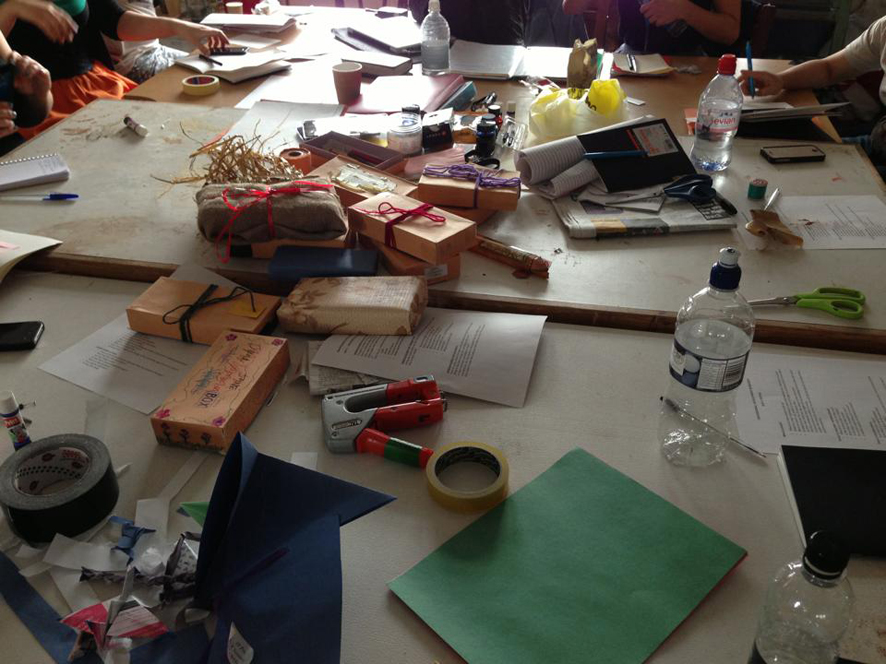 Back in 2008 in London, UK immersive theatre company Punch Drunk took me to a brand new theatrical journey with « The Masque of the Red Death », inspired by Edgar Allan Poe in Battersea Art Centre. It changed my perception of what should be a theatrical experience for ever. Punch Drunk creates site-sympathetic performances. They take over disused buildings and transform them into their immersive story that pulls at all your senses, encouraging you to become part of this world. No stage, no seats: the audience have to wear masks whereas the actors perform barefaced. The journey of the audience is entirely free, and wearing this masque makes you anonymous, constantly pushing you to discover more. It allows you to be both spectator and participant simultaneously.

Immersive theatre has become a pretty familiar term and experience in UK over the last 10 years with other leading companies like Shunt or You Me Bum Bum Train. Unlike our very frontal stage/audience scheme in France, the Brits have always been interested in placing the stage & actors in the middle of the audience – enhancing the experience. Back in 1599, Shakespeare’s Globe Theatre was made of three stages, with the main outer stage exposed on all but one side. The Elizabethan stage, therefore, was a ‘platform’, seen by the audience from almost all sides, not, as in our own time, a ‘picture-stage,’ with its scenes viewed through a single large frame.

Then I Flew to NY in 2012 to see – or shall I say experience Sleep No More that took place at a block of Chelsea warehouses, which the company transformed into a so-called ‘abandoned’ hotel called the McKittrick Hotel. Another plot, and of course another design, inspired by film noir and the story of Macbeth but I felt disappointed to find the formula the same. The magic of the first time did not repeat. Here and there performers were dancing in duet or bigger groups, closely followed by sheep-crowds. The choreography was beautiful but without any text to help me understand what was going on, it was bewildering. This is probably the reason why I ended up exploring with anxiety the 9000m2 space divided across three floors.

Punchdrunk’s shows are always a bit of a puzzle and I felt totally drowned in design, spending most of the three hours searching for clues through drawers, pockets of left-over jackets and handwritten notes pined on the walls through layers of tangible details. Amazing job. These guys craft the space not just visually but technically – setting routes around the space, causing the audience to move around and catch intimate moments and long views.

So when a year later Punchdrunk offered a Professional Design Development Masterclass in London alongside their new show “The Drowned Man: A Hollywood Fable” I jumped in. We were 12 participants, 4 coming from the US, 1 from Scotland, 1 from HK, myself the French bird and the rest, British.

“PLEASE BE AWARE : The site is a working theatrical space and all participants should be aware that site maintenance work will be carried out during the course of the day. Members of the cast and crew will be present on site throughout the day”. The venue was ours! And indeed, it was very special to be immerse for a week in a sixties Hollywood studio – or rather a former Royal Mail sorting office in Paddington that has been disused for a number of years.

The generosity and kindness of our facilitators Livi Vaughan, design associate and George Alison was spotless. The class actually took place in the design/making room itself so we could witness day by day needs for refill and fixing (yes sadly some people steal items). They started to unfold the complex story based on an adaptation of Woyzeck set in a 60s film studio, then they took us on a tour of the building and explained many details and how everything makes sense, how to create textures on walls, the journey of an object, how to put a level of tension in a space… then we did all kind of exercises throughout the week, we even had homework! What I have learned within these 5 days was beyond my expectations but I have agreed, like the rest of the team to keep it secret (“Now that we have shared our creative secrets with you, we’d really appreciate it if you wouldn’t share information outside Temple Studios about The Drowned Man or about our general artistic processes and methods.”)

I will only reveal that our team of 4 were very proud to design a terrifying cornfield made out of paper, rags and ropes within a few hours on the last day –  and that I truly enjoyed making a touch real scarecrow in 35 minutes!

Come Friday night and it was my time to see the show. A fellow American masterclass girl had seen it 13 times already! (She said she got bored at the 10th). I was prepared: this time I knew the design and the story on the tips of my fingers so I decided to remain focus on performers all night. They perform 12 scenes on a loop 3 times per show (one hour for each loop). So I have followed 3 key female characters on most of their journey and it was fascinating: I saw where they kept their secret boxes and could read their love letters. I even had the chance to get a ONE TO ONE – with Mr. Stanford itself, the director of Temple studio (considering there are 600 spectators per night, I felt blessed). He took me to his office, took my mask off, stuck a slice of orange in my mouth and started to tell me about stardom and fame, camera and lighting, then finally whispered to me with a tear in his eye (he actually dropped his tear in my own eye!!) that I was eligible to be one. Great I thought. Me, a Star? Without having to perform any compulsory BJ?

Tickets and more information about A Drowned Man, London.