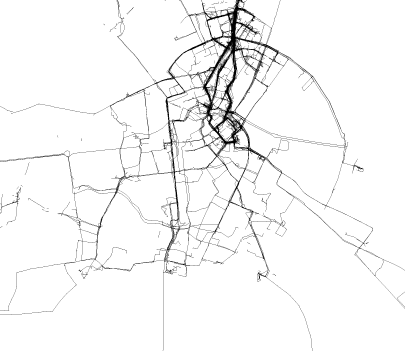 From 18 September to 2 October the Barbican presents Urban Wandering – Film and the London Landscape, “a season of contemporary and archive feature films and documentaries including talks and panel discussions, an aural installation in Barbican Conservatory by Iain Sinclair and Chris Petit and an exhibition by artist and Hackney resident Karen Russo.”

“The season focuses on “ideas related to a heightened awareness of the city environment, something often encapsulated in the concept of ‘psychogeography’ by writers, artists and filmmakers including Iain Sinclair, Will Self, Stephen Poliakoff, Owen Hatherley, Will Raban, Manu Luksch, Emily Richardson and Patrick Keiller, who all feature in this season that considers how war-time bombings, migration and economic growth have brought changes to the city.”

There are untold screenings and events listed on the site so check in and book up. 18th September to 2nd October, Barbican EC2