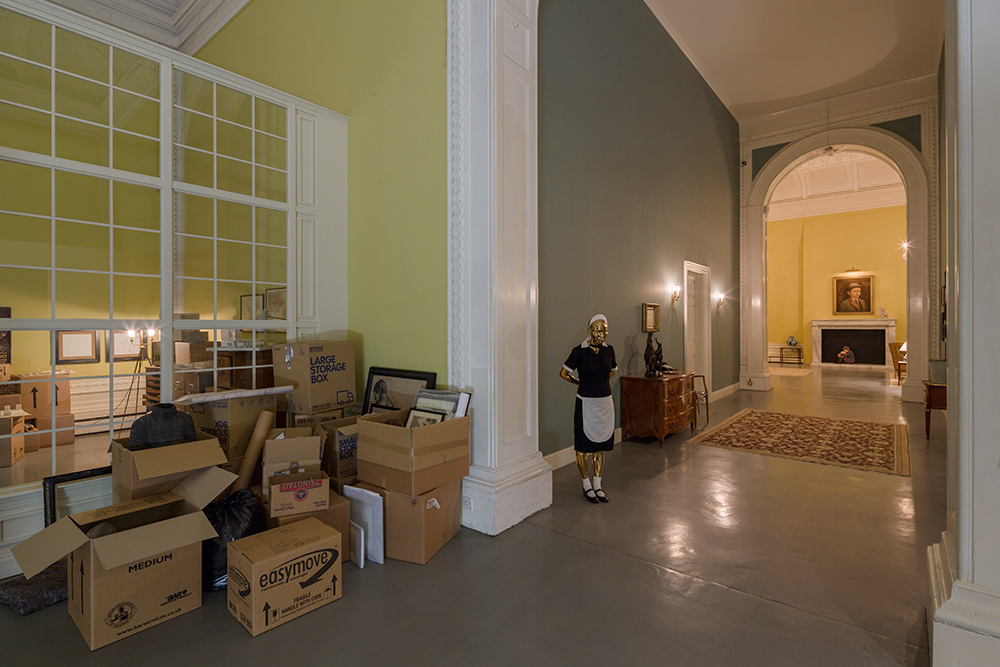 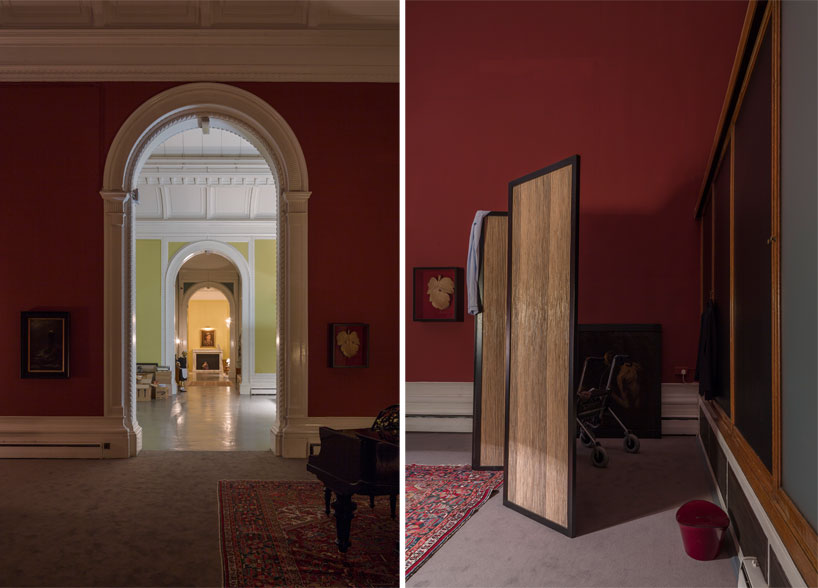 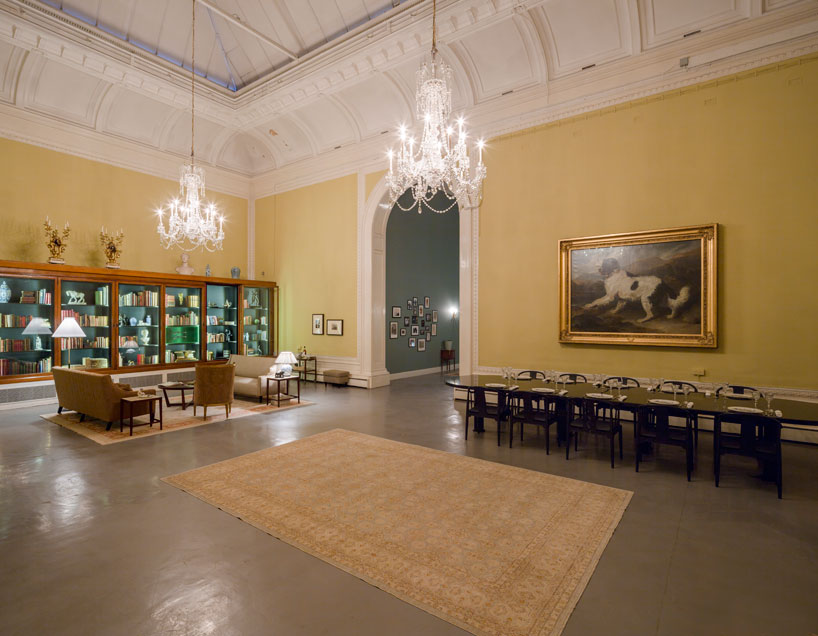 Just opened at the V&A is a top collaboration with Scandinavian artists Elmgreen & Dragset, responsible for installations such as a mock-up Prada store in the middle of the Texan desert, and floating the body of a dead artist in a swimming pool for the Venice Bienalle.

Coming on like a cross between Dennis Sever’s House and Grayson Perry’s ‘Tomb of the Unknown Soldier’ for the British Museum, ‘Tomorrow’ lets the artists play with items from the V&A’s Collection, putting them in a neglected textiles gallery to create a fictional residence of a failed architect, 74-year-old ‘Norman Swann’.

On the surface it’s a grand and opulent apartment, but close viewing reveals a sad and lonely existence with signs of the declining fortunes of the idealistic ‘architect’: it’s a bit dirty, there’s a leak from the ceiling into a bucket, dirt stains on the walls shows where two paintings used to hang – were they sold as he needed the money? E&G have added books, magazines, and other signs that the apartment is still inhabited, but the owner is not around (there’s an unmade bed, dirty tea cups, a cigar butt, the sound of someone taking a shower from behind a locked door etc). There are some nice touches, such as an ultra-modern and seemingly untouched kitchen, but an early Macintosh in the study instead of a new machine.

The V&A staff play the role of butlers to maintain the pretence you are in someone’s home (a little at odds with the image of the ‘bankrupt architect’, but we’ll let that slide as it’s a nice thought), and you are free to leaf through books, sit and read magazines, even play the piano. I’m not sure you could crawl in to bed and have a kip, but you are encouraged to poke about and build up your own image of the man.

A script is provided in the form of a paperback screenplay for an ‘unreleased film’, but I chose to save that until later, preferring the fertile grounds of one’s own imagination to create the story.