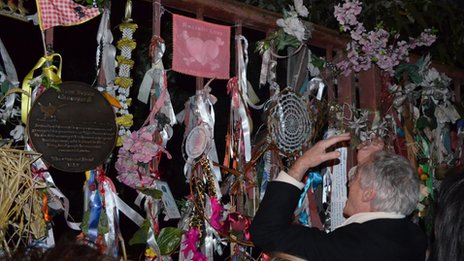 The ever great Treadwell’s Bookshop have outdone themselves with their latest calendar of events. There’s usually something to pique the interest of the lay pagan in us, nestled among the incense making and tarot classes. But there’s a good three we are eyeing up for Spring:

Sarah Wise takes us to the dark side of Victorian London, revealing the beliefs, superstitions and faiths – conventional and unconventionakl – of those in the underworld of the London slums.

Revealing the links between witchcraft and music, Mark Pilkington from Strange Attractor Press joins the dots between 19th century bohemiam occultists and popular music, through to rock and roll and even punk.

John Constable, also known as John Crow, reveals the hidden mysteries of one of London’s oldest Boroughs – Southwark – in this walking workshop. Taking in stops at various significant points along the way, it culminates at the Cross Bones site for a blessing and ceremony, where John has been holding a vigil every month since 2004.

Cross Bones – an unconsecrated graveyard for ‘Winchester Geese’, as the local prostitutes were known – is currently under threat of redevelopment from TfL, so this could be a timely visit.

Check the Treadwell’s site for events calendar for March – May. £7 per talk. £20 for Goose & Crow walk.