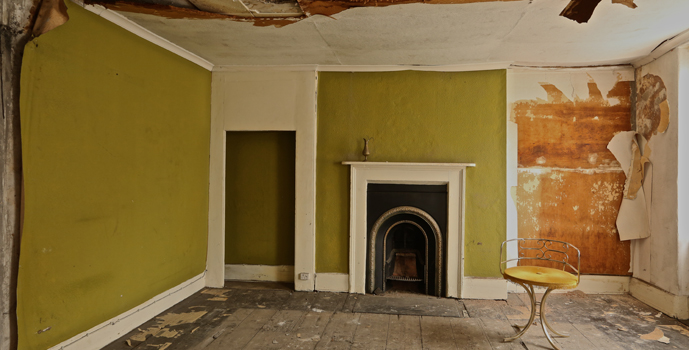 In 1873 Vincent Van Gogh lived in Brixton. Everyday he walked north and over the river to his office job at an art dealers in Covent Garden, a year in his life that he claimed to be one of the happiest of his life. Somewhat unusually,  Van Gogh’s time in Brixton took until 1970 to be discovered by an investigative striking postman. His abode was awarded a blue plaque in 1793 and has been lying vacant since 2012.

Now artist Saskia Olde Wolbers has got her hands on 87 Hackford Road, through a piece commissioned by the consistently great Artangel. ‘Frustrating the desire to uncover a history of one man’s time in the house, the artist weaves a fictional narrative from the accounts of oral histories, press archives and literary works, and presents visitors with one particular narrative that enables the space to speak its past.’