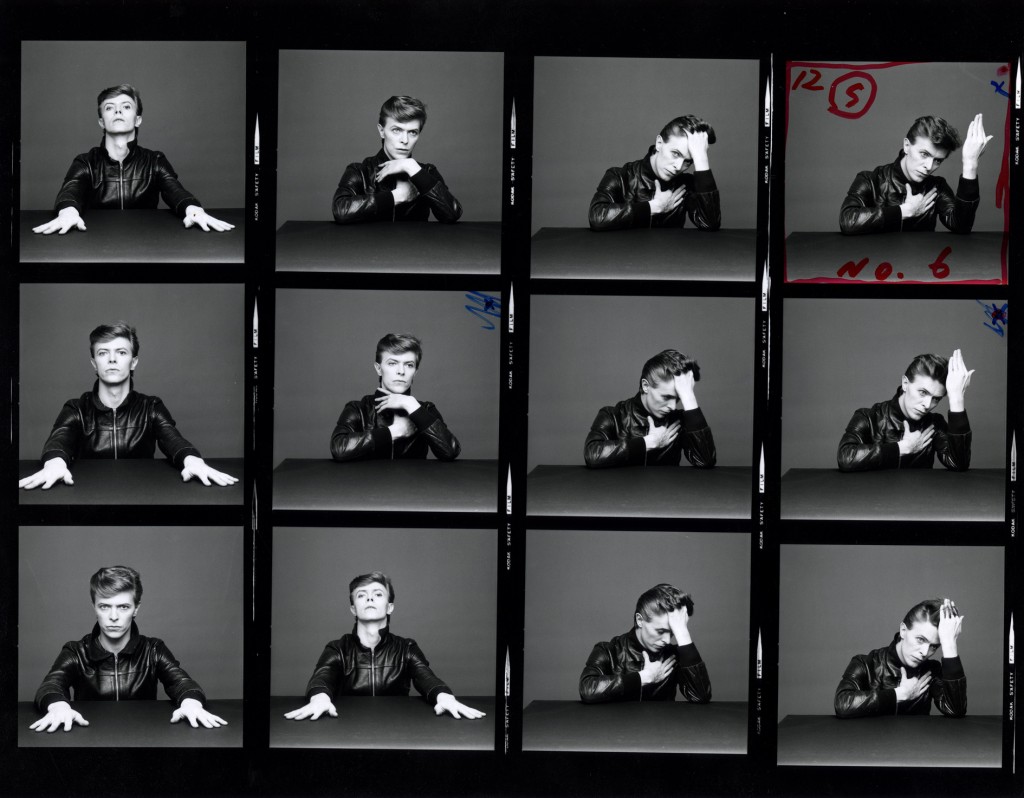 So West Berlin is doing a bit of a cool come-back. And talking of ‘coming backs’, so is Bowie…jetting into town with his exhibition at Martin-Gropius-Bau opening TODAY!

We’re celebrating West Berlin here, with something old, something new…nothing borrowed and definitely nothing blau. This is largely clustered around Zoo, with a few deviations here and there. And what better way to begin a Western exploration than with the tales of Christiane F, an early life that radiated around the then seedy-as-hell Banhof Zoo itself.

This will be a bit of a work in progress as I recall all the West Juwels that I’ve discovered (and dig out all the snaps from the past year). 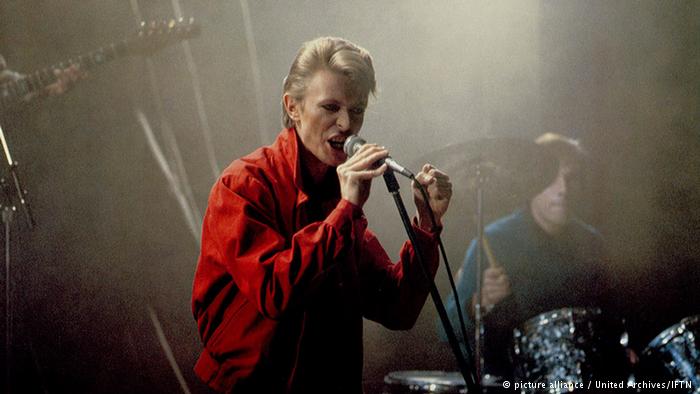 Paris Bar – not a bar but an historic, atmospheric gem on Kantstraße. Many known faces have graced this classic bistro. But not as many as the artists – there’s very little space left to accommodate any more works on these walls. 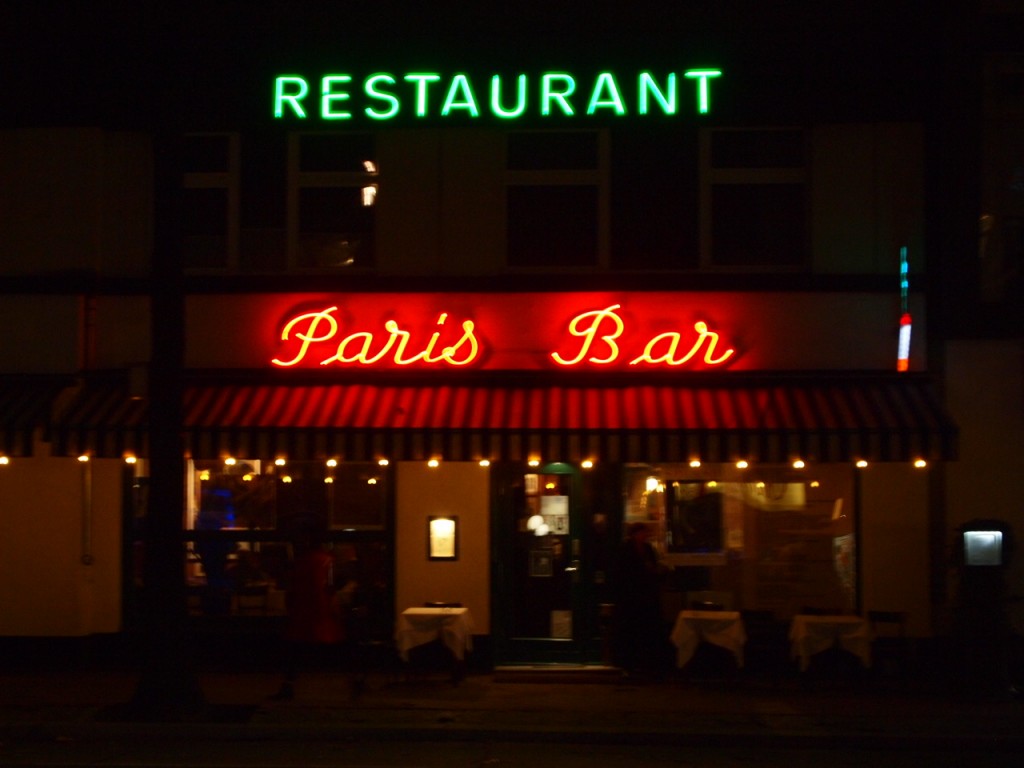 Neni – the only place in town for three-way hommous. A contemporary greenhouse perched on top of the 25 Hours Hotel. Great views across the city and the zoo. The food is fantastic, fresh and colourful – but you might have to fight to get it: the service needs to improve considerably! 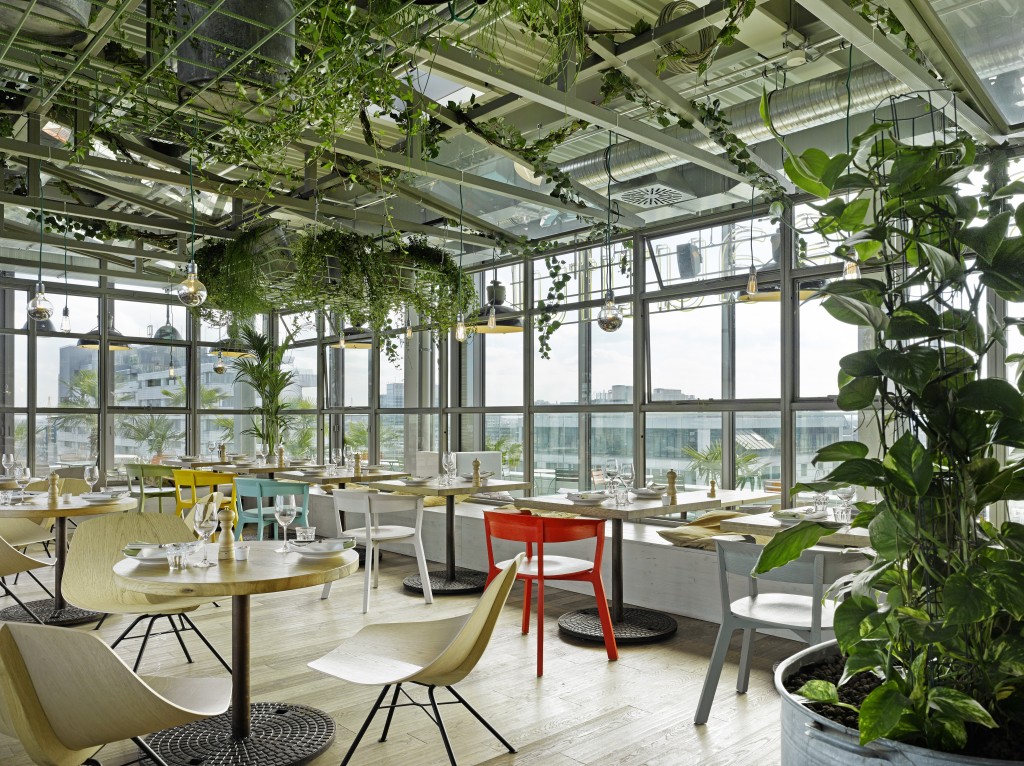 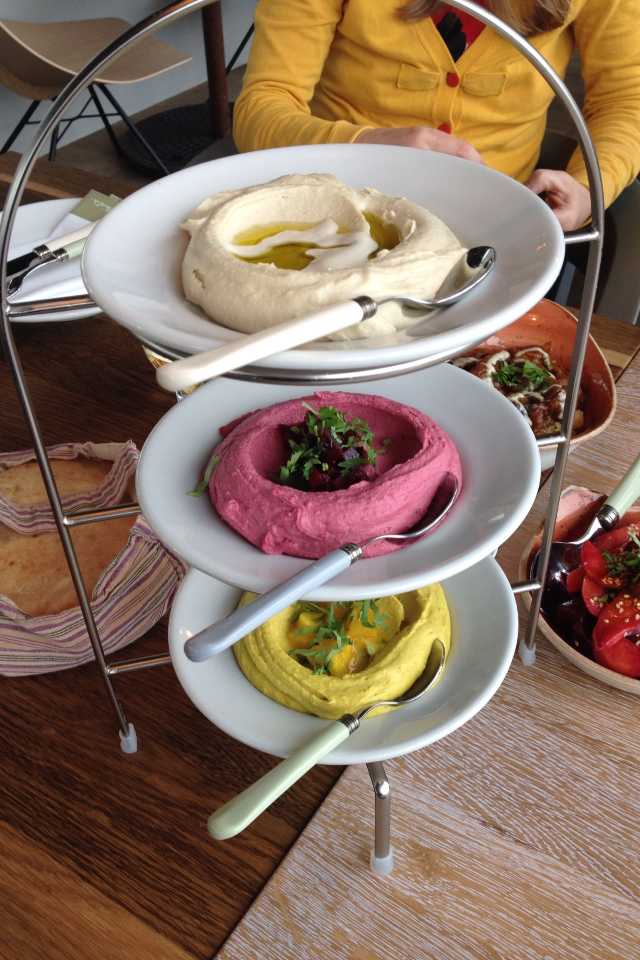 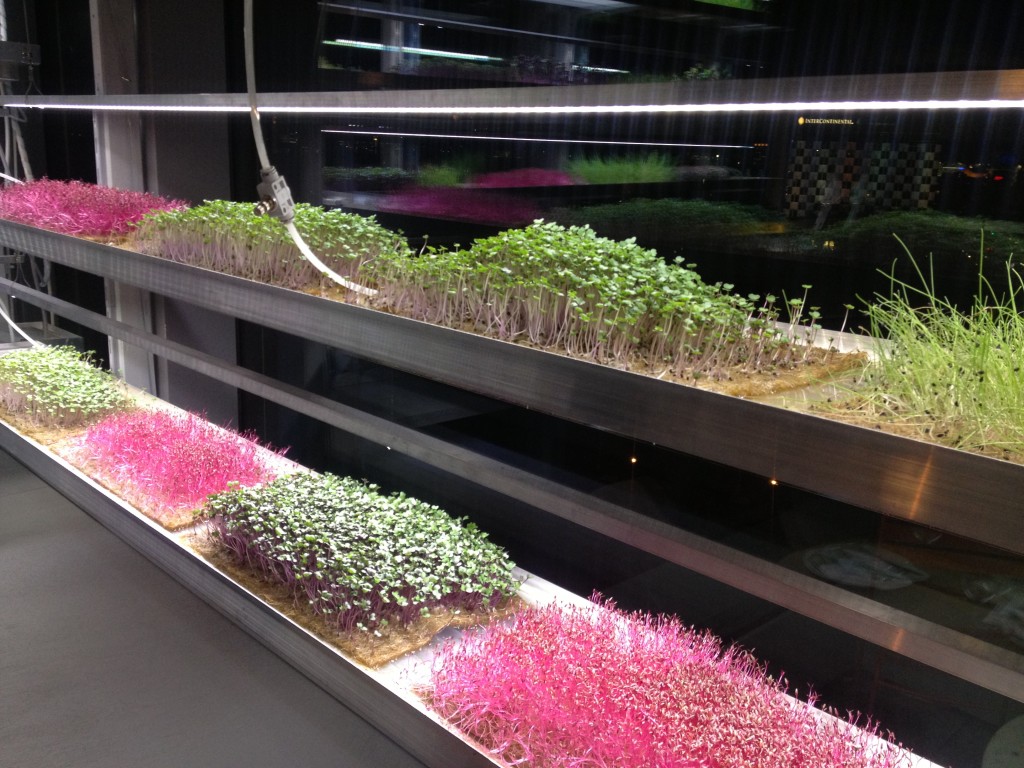 Aroma – a popular Chinese restaurant on Kantstraße. This is a rather amusing stretch of road for anyone from a megalopolis. Rather than a China Town, Little Hanoi and Korea Town, all of the city’s Asia restaurants are lumped together on one stretch of a generic Asia Town. Where Russian businessmen and Chinese students collide.

Cafe Einstein – this is where to enjoy a slice of strudel in a slice of old Berlin. Wind back to the pre-war city, there’s so little left you need to experience it where you can, and this villa is one of the few buildings in the Kurfürstenstraße to have survived the 300 air raids that decimated the city. Although Einstein opened in 1978 it certainly has the patina of a considerably older establishment. Cocktails upstairs at Bar Lebensstern.

Cafe Am Literaturhaus – a gorgeous garden cafe and conservatory bang slap next to the Kathe Kollwitz Museum (see below).

Fancy something a bit different? Given that Russian expats congregate round Charlottenberg and Wilmersdorf, it’ll come as no surprise to find good Georgian and Armenian restaurants in the area.

Lutter & Wegner – the original restaurant from this small group, dating back to 1811. Wood panelled, cosy, traditional.

Monkey Bar – again in the 25 Hours Hotel. The design is a bit suspect, but it has a large terrace. Good luck beating the Charlottenbeg blondes to a perch at 6pm on a Friday night. 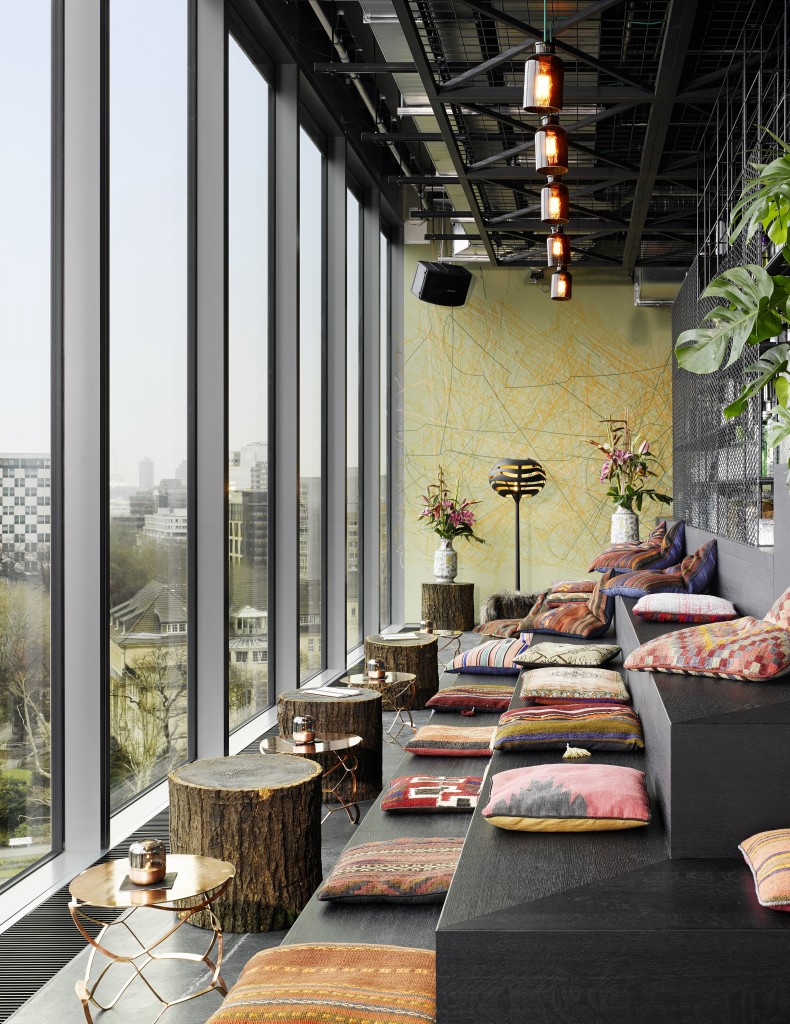 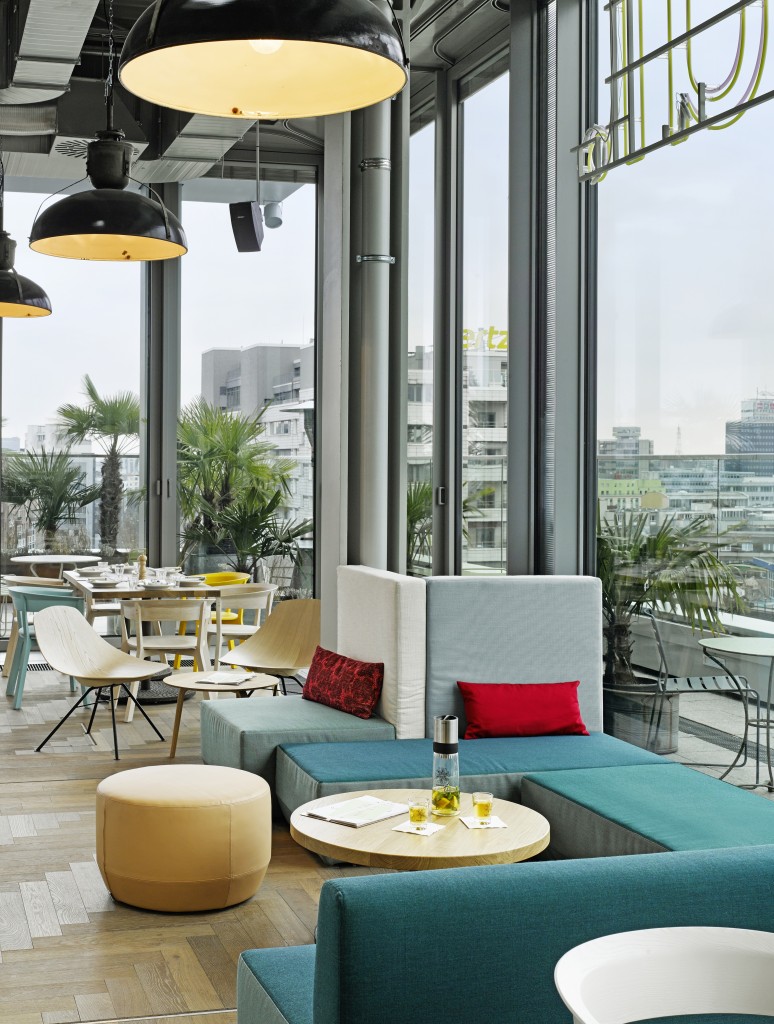 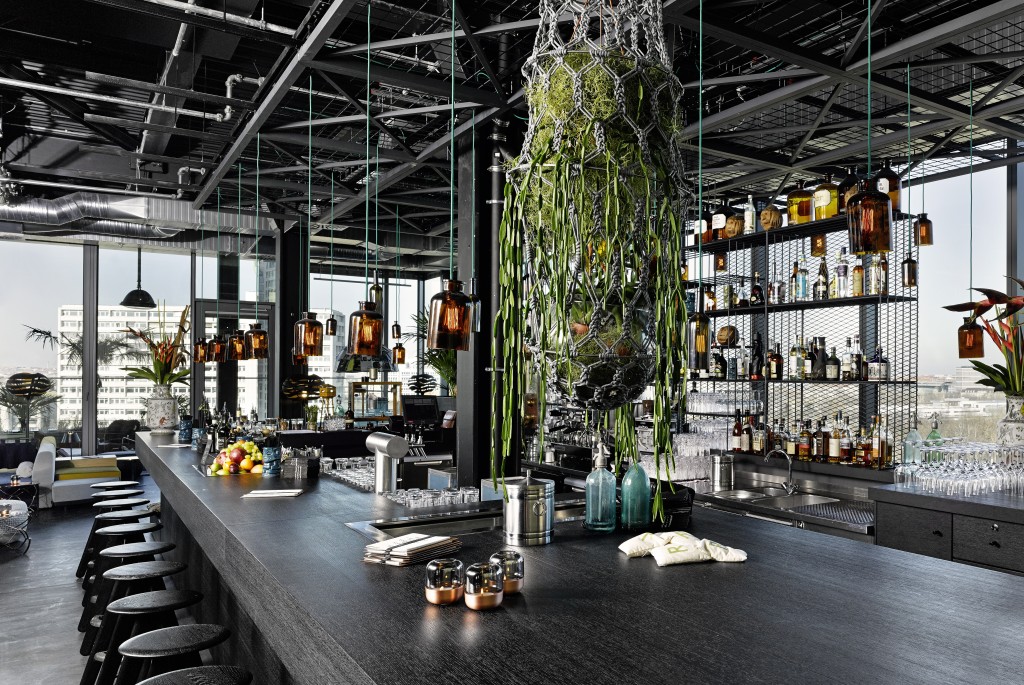 Galerie Bremner – I confess I haven’t been. But this is so high up on the list its practically on the moon. The city’s oldest cocktail bar, from the 40s, hidden out the back of a gallery. I will fill in the address asap – the one you will find out there on t’internet is wrong.

Diener Tattersall – a charming old Kneipe (pub). Also does food – in fact is a bit more about food than drinks but I’m still filing it here until said food is sampled.

Times Bar at The Savoy – the opposite of Diener! A swish hotel bar. Ok it does lack a little atmosphere but is right opposite Zoo Palast and puts all the other 5* hotel bars in the city to shame (apart from Hotel de Rome which is just fine).

Cafe am Neuen See – the best biergarten in Berlin. And possibly the best place in the world at 6.30pm on a Sunday in the summer. It’s also worth popping down here over the World Cup – they’re screening games in the greenhouse (but book ahead). Want to streak after a major win in a perfectly 70s fashion? No problem, this is Deutschland – there’s a little FKK stronghold in Tiergarten (nudist to the English speakers).

Rum Trader – a legacy from the 70s – enough said? No not, quite enough – its minuscule and seats about 10 – so book ahead, you can reserve.

Zum Umsteiger Kneipe – as above.

Ludwigkirchplatz 1 – a distinctly Parisian feel to this square. A church, cafes, bars, pubs, restaurants spilling out on the pavement…ping pong (no table football).

C/O – photography gallery and foundation. All kinds of stuff going on.

Camera Work – a smart photography gallery about three Hofs in, off Kantstraße.

KaDeWe – the one and only! Potential contender for the best food hall in Europe? Find the Veuve corner and go orange for an hour or two. 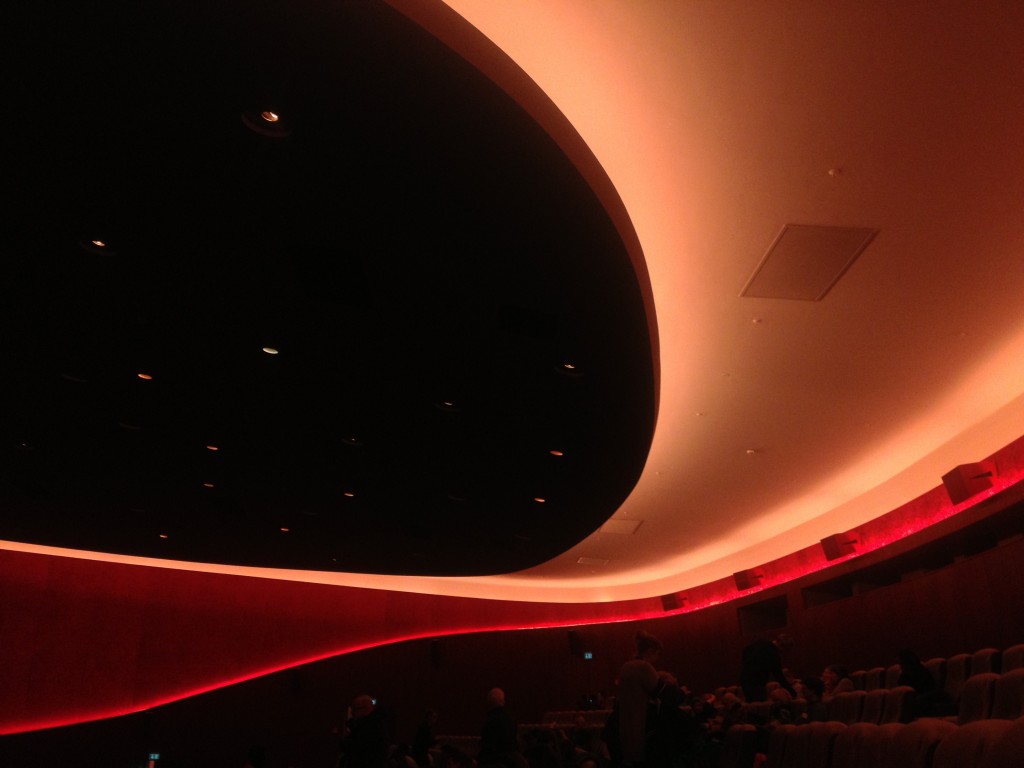 Delphi Filmpalast – also a babe of a kino, but not as slick as the above. 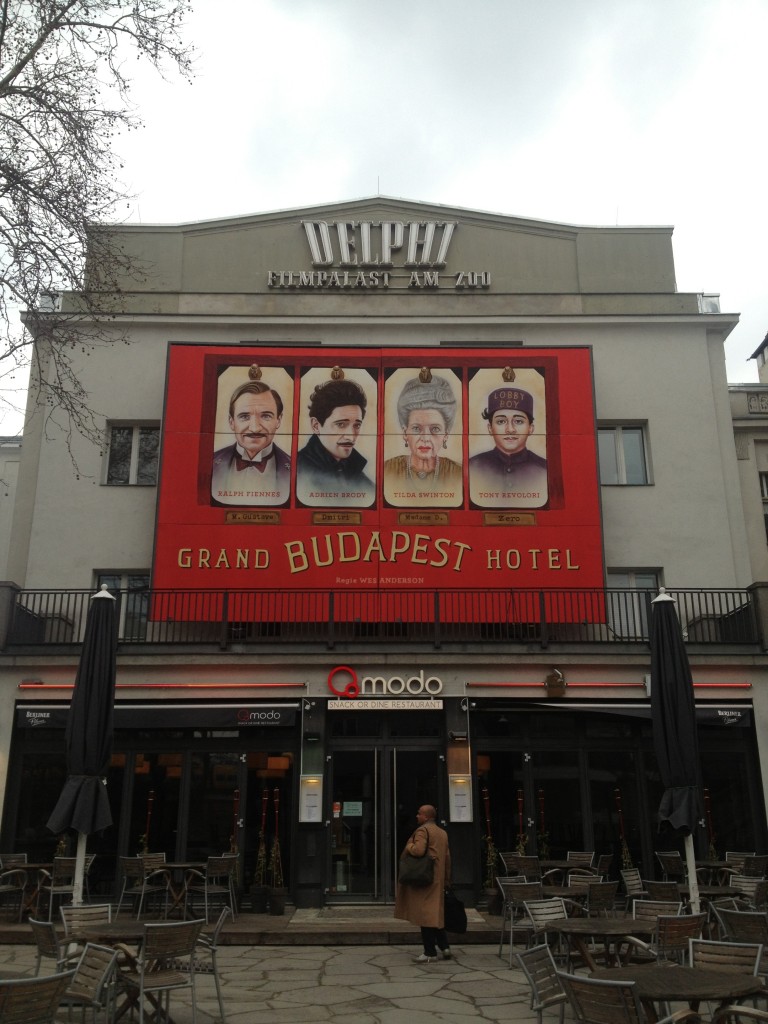 Astor Kino – still yet to go!

Cinema Paris – and again, still not ticked off the list. But my French is a bit rusty and these screenings will be locking in German and French speakers only.

Schaubühne – a bit of a rad theatre group. Worth watching the programme. 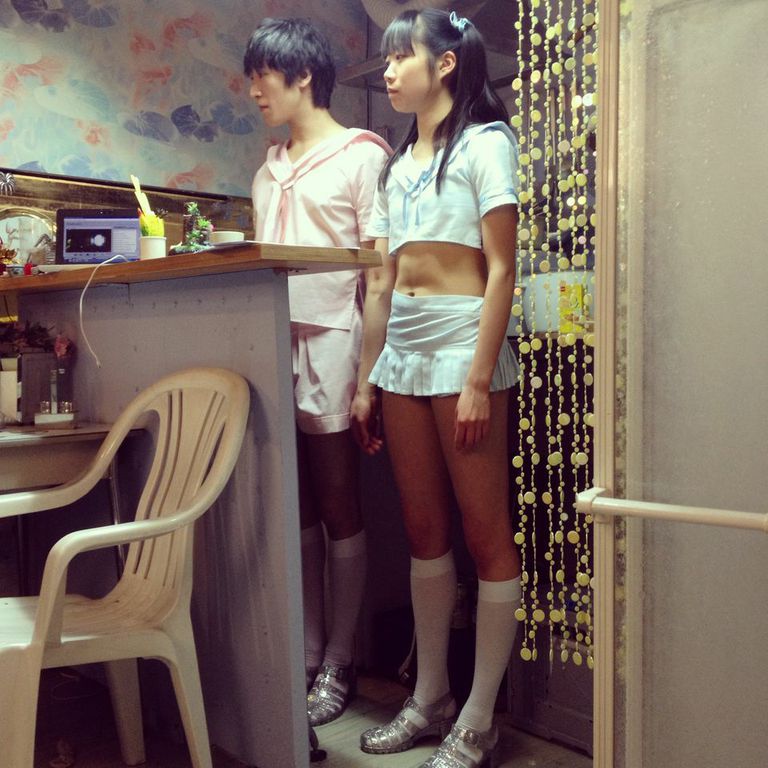 Käthe Kollwitz Museum – just about as harrowing as it gets, but you can’t deny the incredible mark-making that takes to take you to that dark dark place. Those hollow eyes will haunt you, I promise. Next to the Cafe Am Literaturhaus, you’ll need a strong coffee afterwards.

Berliner Festspiele – a top building in its own right, this is a key cultural venue. Always something good going on.

Alte Stadtbad Charlottenberg – perfectly restored. The pool is lined in aluminium so its a pretty uplifting place to be on a sunny day as the rays bounce all over the place. Often quiet. 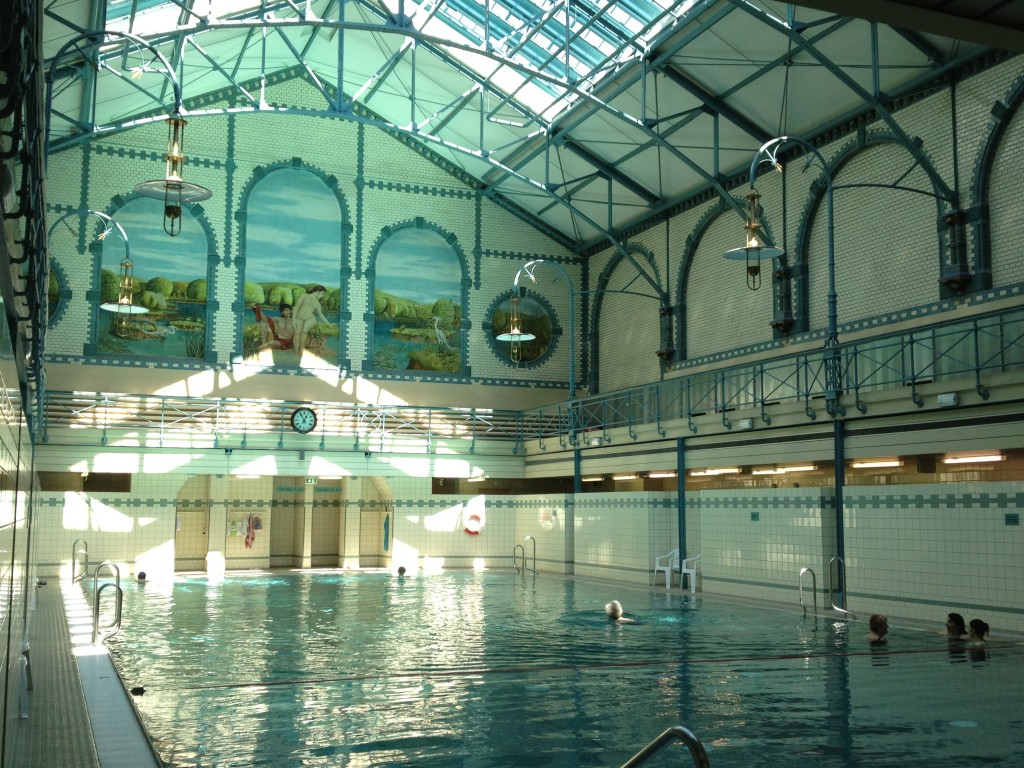 25 Hours Hotel – Berlin Bikini – its new, its fun, its next to the Zoo. We stayed over and threw open the windows for the full audio effect. There is nothing quite like the full Dian Fossey experience in the Morgen: when chimps are up with the lark and possibly hungry, there’s no letting up. And there were noises that were quite impossible to attribute to any fauna that I’m familiar with, but fear not, I’m certain these were from the Zoo, and not fellow guests. 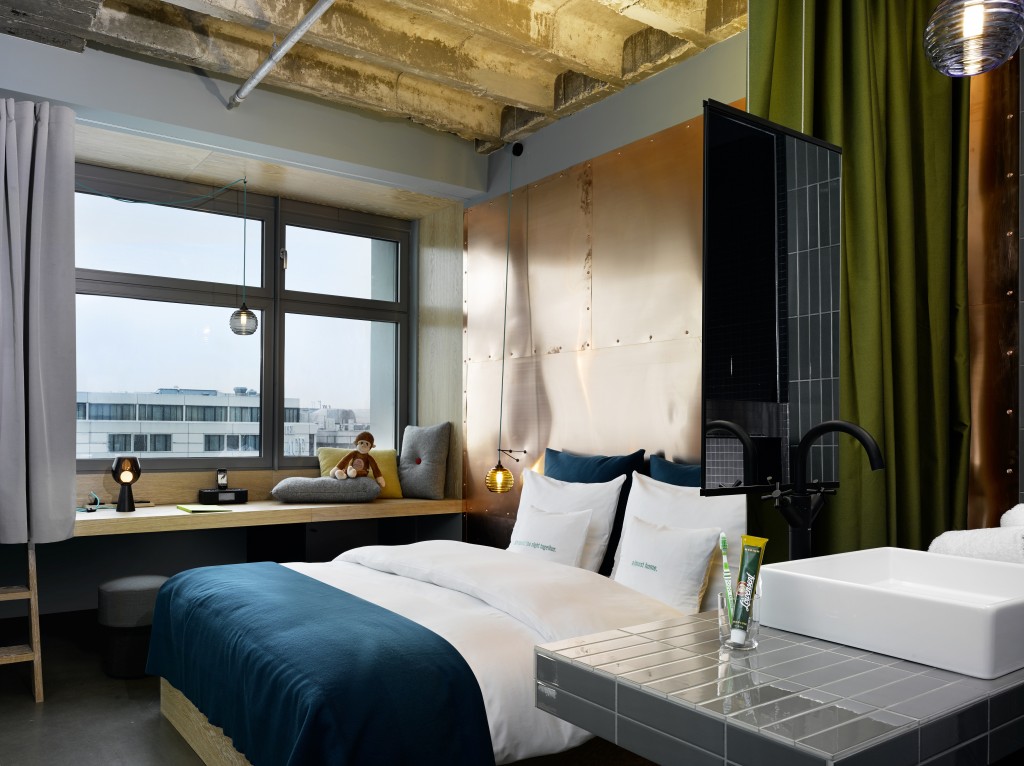 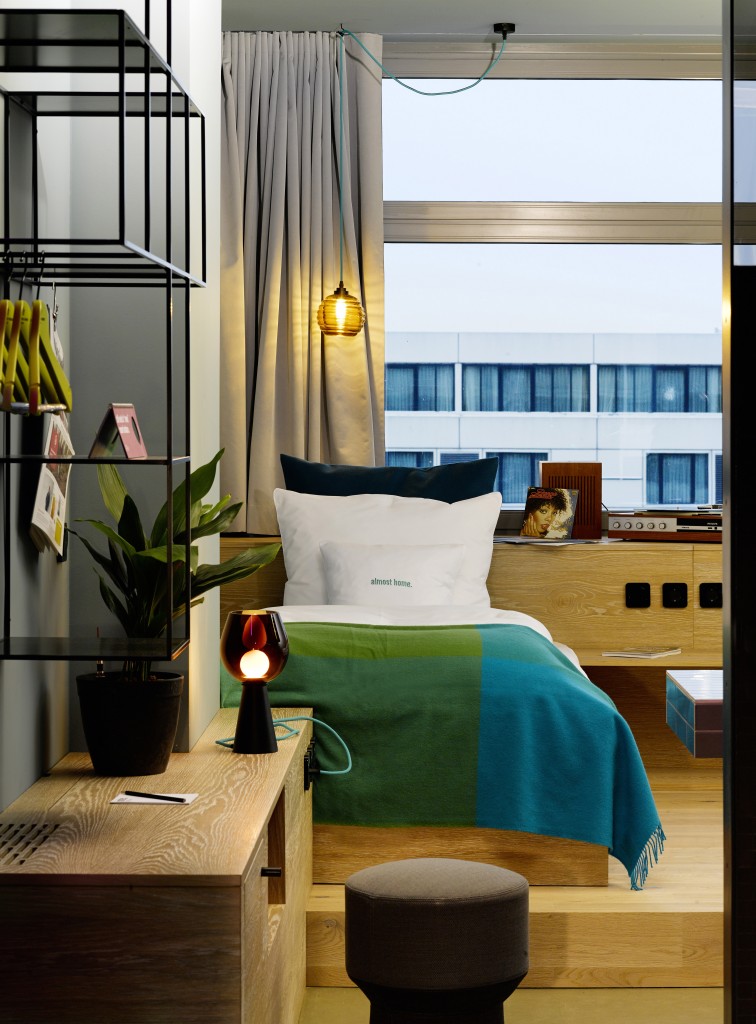 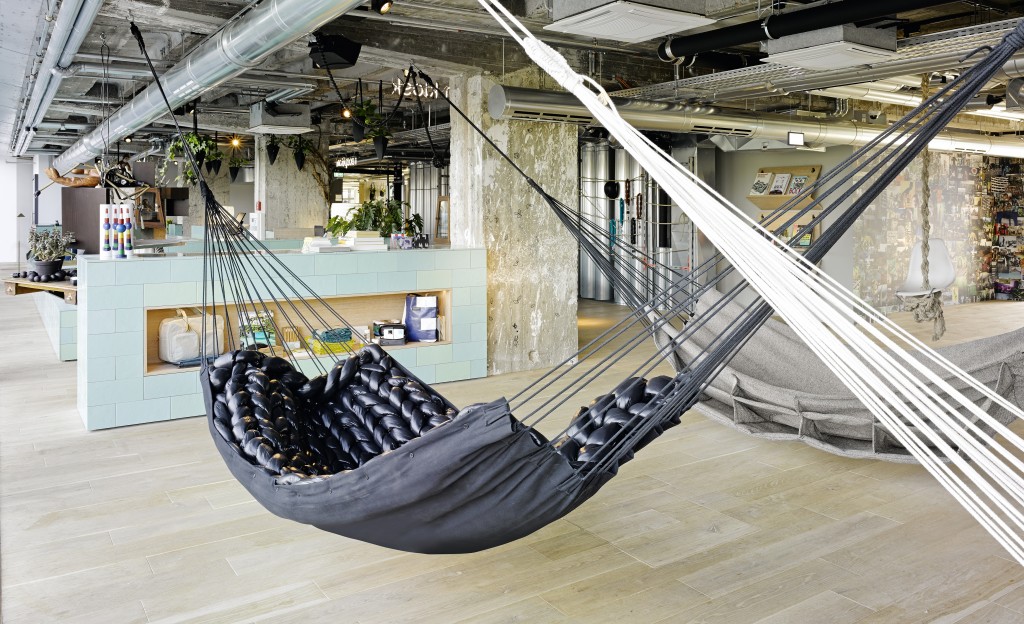 Das Stue – now firmly bedded in, this cosy hotel on the other side of the Zoo has one of the best designed hotel bars in Berlin. The former Danish Embassy now has a Michelin* restaurant and a small terrace adjacent to the Zoo grounds. Perfectly located for the best biergarten, Cafe am Neu Ensee.